HomesneakersLabor Skate Shop’s Vans Skate Half Cab Is An Ode To New...
sneakers 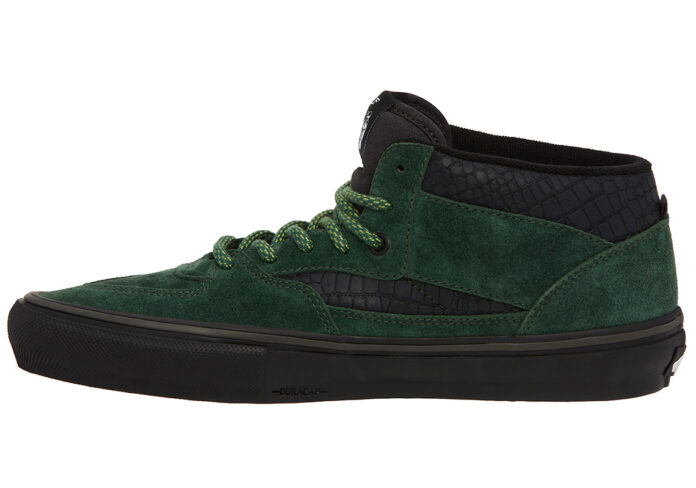 Labor Skate Shop, a New York institution, is celebrating their home city alongside Vans, dressing up the footwear brand’s Skate Half Cab in a colorway inspired by longstanding NYC mythos.

With its “Croc Green” and “Croc Charcoal” fixtures, the collaboration celebrates the “sewer gator,” a breed of alligator that caused quite a bit of hysteria years prior. And following many a sighting — which conjured up various headlines, such as “9-Ft. Gator Lassoed In a Harlem Sewer” or “4-Ft. Alligator Is Captured in The East River” — the mythical reptile is about to make yet another appearance courtesy of Labor. Here, the skate shop has dressed the Half Cab in a black leather akin to a gator in texture; the suedes over top aid this association, albeit only with its green tone. Adjacent, Labor’s name hangs off the side of the profile adjacent to a set of green-on-yellow laces.

For a closer look at Labor’s upcoming Half Cab, check out the on-white imagery provided below. Pairs will be made available exclusive through Labor Skate Shop on August 18th, retailing for $90 USD.