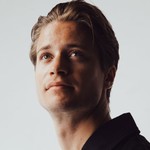 It’s the Norwegian DJ/producer’s 21st top 10, extending his lead for the most among all acts; The Chainsmokers and Calvin Harris follow with 19 each. “Undeniable” also serves as Kygo’s 54th total chart appearance, second only to David Guetta’s leading 58.

X Ambassadors earn their first Hot Dance/Electronic Songs top 10. Previously, the pop-rock act teamed with ILLENIUM on “In Your Arms” (No. 15, February 2020) and was featured (with Logic) on Zedd’s “Transmission” (No. 41, 2015). (Their “Renegades” topped Hot Rock & Alternative Songs for two weeks in 2015, marking one of their five top 10s on the tally.)

Speaking of ILLENIUM, he also teamed with a rock act, Thirty Seconds to Mars, and enters Hot Dance/Electronic Songs at No. 14 with “Wouldn’t Change a Thing.” The track collected 1.3 million domestic streams in the tracking week. ILLENIUM’s 38th appearance and Thirty Seconds to Mars’ second and highest-charting (following “Do or Die,” with Afrojack; No. 33, 2014), “Change” is from the Oct. 22-released deluxe version of ILLENIUM’s Fallen Embers album.