HomeNewsKISS confirm when their farewell world tour will end
News

KISS confirm when their farewell world tour will end 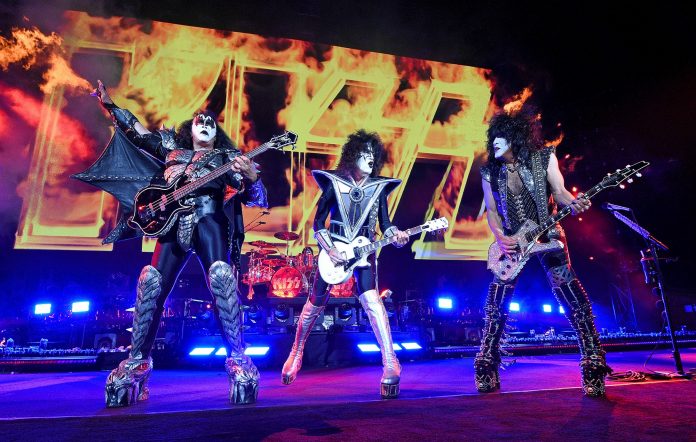 KISS have confirmed when their current ‘End Of The Road’ world tour will finish.

The band are currently in the middle of their lengthy jaunt, which was originally slated to end on July 17 this year.

But due to the ongoing coronavirus pandemic and two of the band members previously coming down with the illness, the tour is likely to take much longer to finally be over.

“I believe strongly by the beginning of 2023 we will be finished,” Paul Stanley told Ultimate Classic Rock, adding that the band will end their tour in New York. “It seems only natural to be in New York. That is where the band started, and that was really the background for the band getting together and writing these songs and played loft parties and played clubs starting with an audience of probably 10 people. It seems we should go full circle.”

He also said this would definitely be the band’s last ever tour.

“The fact is that, physically, it’s incredibly demanding to do what we do,” Stanley explained. “Look, we played [recently] in Austin, an outdoor show, 100 percent humidity. We’re running around for two-plus hours, not only with guitars, but I’ve got 30-plus pounds of gear on. There’s a point where you go, ‘You know what? This is more challenge than I want.’ And I only want to do it as long as I can do it smiling.”

He continued: “There’s really no thought about changing our minds. It has nothing to do with personalities in the band or tensions or a difference of opinion or musicality. It’s purely practical. You can play beat the clock, but ultimately the clock wins.”

His latest comments come after both him and bassist Gene Simmons tested positive for COVID-19, earlier this month, forcing the band to postpone a number of gigs.

They will continue their tour with a date in LA tonight (October 6).

Meanwhile, the band recently announced a massive 45th anniversary reissue of hit album ‘Destroyer’. It will be released on November 19.

The post KISS confirm when their farewell world tour will end appeared first on NME.