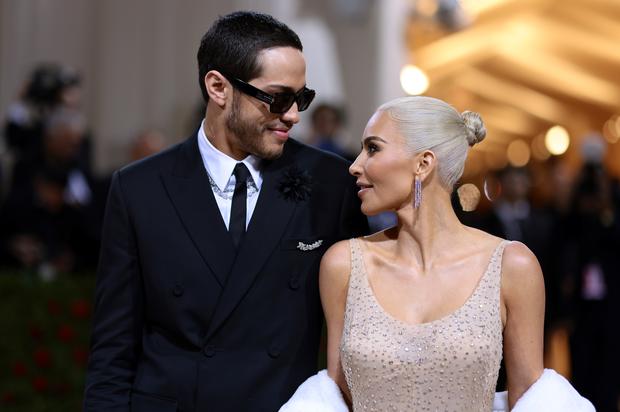 It was just reported that Kanye West is still having trouble locking in a divorce lawyer after his fifth has stepped away from his case, and now, several outlets have shared that Pete Davidson and Kim Kardashian are no longer together. The couple has been on a whirlwind of jet-setting and family fun moments that they’ve often highlighted on social media, but sources have emerged with new information regarding the romance—and according to them, the relationship is over.

In recent weeks, there have been speculative reports about the status of their relationship, considering that they haven’t been as public as they once were.

PEOPLE magazine claimed their insider source confirmed that the couple broke up this week after nine months of dating. However, neither Kardashian nor Davidson have yet to address the gossip surrounding them. Murmurs about them dating began following Kardashian’s appearance on Saturday Night Live and the pair even stuck together after Kanye West unleashed on his ex-wife’s new boyfriend online.

On their new reality show The Kardashians, Kim also gushed over Davidson as she spoke about how happy she was, seeing a future with him, and falling in love again. Weeks ago, Davidson shared that he was looking forward to fatherhood, leaving many to believe that he and Kardashian were getting serious. Expect to hear more about this as the days move forward because the memes have only begun to arise.

Check a few out below.