HomeNewsKid Cudi’s Next Album Will Be The Soundtrack To His Upcoming Netflix...
News 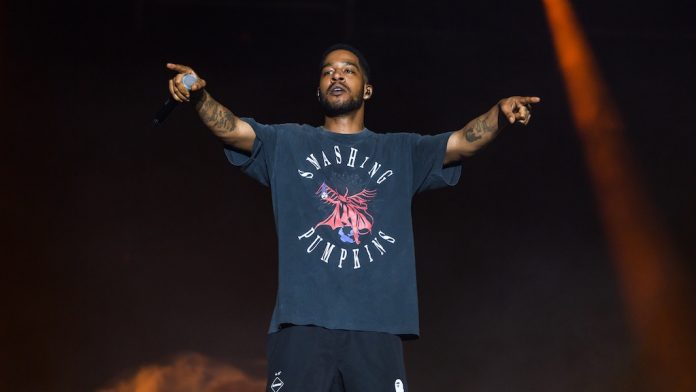 In a new Complex cover story, emo-rap pioneer Kid Cudi reveals that not only is he working on new music, but that his next album will also be the soundtrack to a Netflix animated show he is developing with Black-ish creator Kenya Barris. Cudi calls the project a “new, fun, and exciting way to write music,” and says that it will come out next year.

When Complex interviewer Karizza Sanchez asks Cudi about his recent tweet that he has new music on the way, Cudi revealed that “a lot of the songs are about love and relationships.” He also detailed some of the specifics about the upcoming album, saying that it would be a narrative format using the show’s character as his voice.

I can’t say much ’cause the music isn’t gonna come out till next year. But I will tell you this: I’m working on a Netflix TV show, an animated TV show, and Kenya Barris is producing it. My next album will be the music for the first season of the show, and the music will narrate the story. So a lot of the songs aren’t really from the Scott perspective; they’re from the perspective of the character.

Cudi also says he’s working on another, separate show with Jordan Peele of Get Out and Us fame.

I had this idea for the show, and then it was like, how can we incorporate the music? How can we have the music be a part of the show? I initially wanted to make a visual album, but I was like, that’s been done before. How can we give it a little twist? How can we do something different? That’s how I came up with the idea for the show, Entergalactic. I’m trying my hardest to still introduce new sounds and push the envelope, sonically. So it’s still gonna be like everything that people love about Kid Cudi music. The only difference is that it’s gonna be told from a different perspective.

You can read the full interview at Complex. Kid Cudi also has upcoming roles in the new Bill & Ted movie, opioid crisis drama Dreamland, the next season of Westworld, and an HBO series from Call Me By Your Name director Luca Guadagnino titled We Are Who We Are.

Sam Kim’s father shot and killed in robbery in Seattle