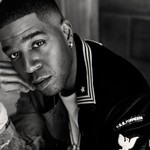 His debut mixtape A Kid Named Cudi broke him into the hip-hop scene in 2008, and 13 years later, Kid Cudi stands as A Man Named Scott in a new Amazon Prime Video documentary.

Helmed by director Robert Alexander, who has previously directed episodes of LeBron James’ HBO talk series The Shop, the film will cover Cudi’s decade-plus tenure in the spotlight as both a “musical star and cultural hero.” Amazon Prime Video will release the documentary globally on Nov. 5.

The documentary will explore the creative choices that went into Cudi’s records, including those outside the Man on the Moon trilogy, along with the personal struggles that affected his life throughout the process. The trailer features clips and dialogue from Cudi about his philosophy as an artist, from fans about his music’s impact on their lives, and thoughts from his closest collaborators about Cudi’s artistry.

Cudi is most celebrated for his Man on the Moon album trilogy, which includes songs about topics like depression, anxiety and loneliness. Before Man on the Moon: The End of Day’s 2009 release, those subjects were treated as taboo in the hip-hop world, with the exception of influential records like frequent collaborator Kanye West’s 808s and Heartbreaks, which came a year prior.

The documentary comes almost a year after Cudi released his last full-length project, Man on the Moon III: The Chosen, in December 2020 to close out the trilogy, which debuted at No. 2 on the Billboard 200, selling 144,000 album-equivalent units, and at No. 1 on the Top R&B/Hip-Hop Albums Chart.

Check out the full trailer for A Man Named Scott below.