HomeNewsKid Cudi reveals he had a stroke while in rehab in 2016:...
News

Kid Cudi reveals he had a stroke while in rehab in 2016: “Everything was fucked” 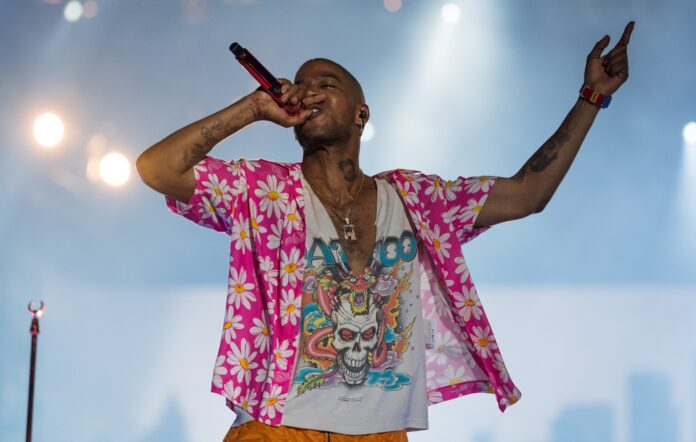 Kid Cudi has revealed that he suffered a stroke while he was in rehab for depression and drug addiction in 2016.

Almost six years ago, the musician and actor – real name Scott Mescudi – confirmed in a post on social media that he’d entered a rehabilitation centre after experiencing “depression and suicidal urges”.

He said at the time that he felt “ashamed” about his struggles, but promised to “be back, stronger, better”.

During a new interview with Esquire, Cudi explained that he had a stroke two weeks into the programme, which affected his speech and movement. His manager and childhood friend, Dennis Cummings, advised that he needed to take a break from music.

“Everything was fucked,” Mescudi told the publication.

The star spent the following few months in physical rehab before turning a corner in 2017, when he felt well enough to audition for a Broadway play, Lobby Hero, with Michael Cera. Cudi was required to memorise a significant amount of dialogue, and the role ultimately went to another actor.

However, Mescudi said that the experience was a positive one overall. “I proved to myself that I could do it. I needed that at the time,” he recalled. “I was happy. Like, damn, my brain is still strong. I didn’t lose something in that shit that happened.”

The star opened up about his mental health in 2018, saying that “for a long time, I wasn’t happy when I woke up in the morning”.

Cudi’s seventh and most recent studio album, ‘Man On The Moon III: The Chosen’, came out in December 2020. Several tracks, including album opener ‘Tequila Shots’, address his internal struggles.

Mescudi’s new animated Netlix series, Entergalactic, is due to premiere on September 30 along with an accompanying album.

In 2020, Cudi starred in the third season of Westworld, and last year joined Ariana Grande in the cast of Adam McKay’s Oscar-nominated Netflix film Don’t Look Up. The pair also released a duet for the project called ‘Just Look Up’.

Cudi announced this March that he’d signed on to make his directorial debut with another Netflix title, Teddy, in which he’ll also star.

Last November saw the release of a new documentary based on Cudi’s life and career, A Man Named Scott.

Elsewhere in his recent conversation with Esquire, Kid Cudi said that he’s “done” with Kanye West after the pair – who were previously close friends and collaborators – fell out again earlier this year.

The post Kid Cudi reveals he had a stroke while in rehab in 2016: “Everything was fucked” appeared first on NME.