HomeNewsKerry King on the end of Slayer: “We quit too early”
News

Kerry King on the end of Slayer: “We quit too early” 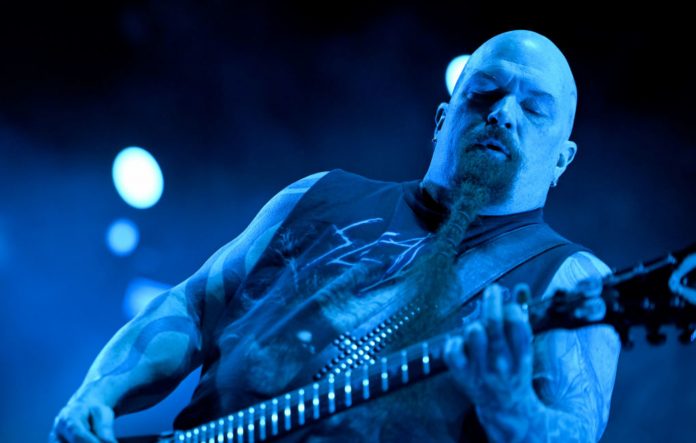 Slayer co-founder and former guitarist Kerry King has expressed regret over the band calling it quits back in 2019.

In a new video celebrating the 30th anniversary of fellow metal icons Machine Head, King expressed his pride at bands who stay active for three decades – an achievement that Slayer also reached prior to their disbandment.

However, in the video – which also features members of Metallica, Korn and Anthrax – King also reflected on Slayer’s time as a band and their decision to break-up, stating that he feels the band “quit too early”.

“So, I hear congratulations are in order for my friends in Machine Head,” King said in the video. ​”Apparently, it’s 30 years, which is quite an achievement. Not a lot of bands get there… We did, and then we quit too early.”

You can watch the video message below:

In 2019, not long before Slayer played their final show together, the band’s longtime manager Rick Sales spoke on the the unlikelihood of Slayer ever reuniting.

Sales told the Los Angeles Times that he wasn’t ​”sensing” a future reunion “at all”.

“Let’s put the touring to bed,” he said. “I’ve got a couple of ideas [for future projects], but we haven’t made any decisions. Right now, they’re preoccupied with the end, and I imagine it’s emotional. It’s emotional for me.

“My analogy is Jerry Seinfeld, who had probably the biggest TV show when he went out on top. I respect the band for the decision. If you’re going to do it, this is the way.”

Meanwhile, a metal-loving mum in New Zealand has reportedly named her children after the bands Metallica, Slayer, and Pantera.

The post Kerry King on the end of Slayer: “We quit too early” appeared first on NME.