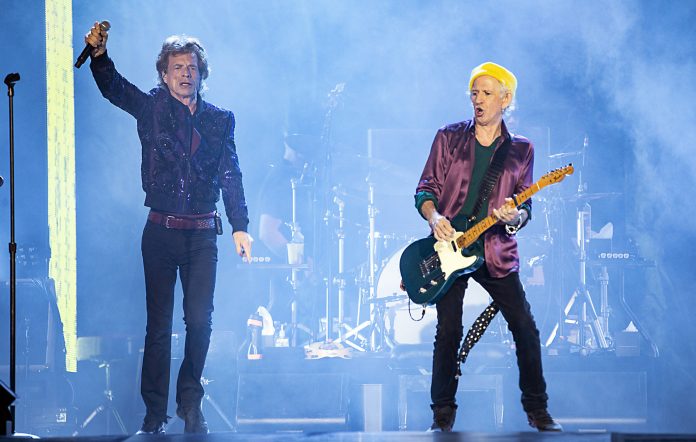 The Rolling Stones have discussed why they haven’t been playing their hit ‘Brown Sugar’ on their current US tour.

The band’s ‘No Filter’ tour kicked off in St Louis, Missouri on September 26, which the band dedicated to their late drummer Charlie Watts, who died at the age of 80 in August.

In a new interview with The Los Angeles Times Mick Jagger and Keith Richards were asked about ‘Brown Sugar”s omission from the setlist so far, and whether it’s related to its slavery-referencing opening line: “Gold coast slave ship bound for cotton fields.”

“You picked up on that, huh?” Richards answered. “I don’t know. I’m trying to figure out with the sisters quite where the beef is. Didn’t they understand this was a song about the horrors of slavery? But they’re trying to bury it.

“At the moment I don’t want to get into conflicts with all of this shit. But I’m hoping that we’ll be able to resurrect the babe in her glory somewhere along the track.”

The Rolling Stones perform the 2021 ‘No Filter’ Tour opener in St. Louis at The Dome at Americas Center on September 26, 2021 Credit: Getty

Jagger added: “We’ve played ‘Brown Sugar’ every night since 1970, so sometimes you think, ‘We’ll take that one out for now and see how it goes.’ We might put it back in. The set list in a stadium show, it’s kind of a tough one. We did ‘Let It Bleed’ last night, which I managed to play on 12-string guitar.”

Elsewhere, Jagger recently opened up about touring without Watts whom he called the band’s “heartbeat”.

“Every time we get together now and rehearse, we say, ‘Oh, Charlie would say this, then he would do that’,” the singer said.

“We did so many shows with him and so many tours and so many recording sessions, it’s strange being without him. When he was sick, he said, ‘You’ve gotta just carry on and do this tour. Don’t stop because of me.’ So we did.”