HomeNewsKehlani Concert Interrupted By Fighting Fans: "Get Her Her Wig!"
News

Kehlani Concert Interrupted By Fighting Fans: “Get Her Her Wig!” 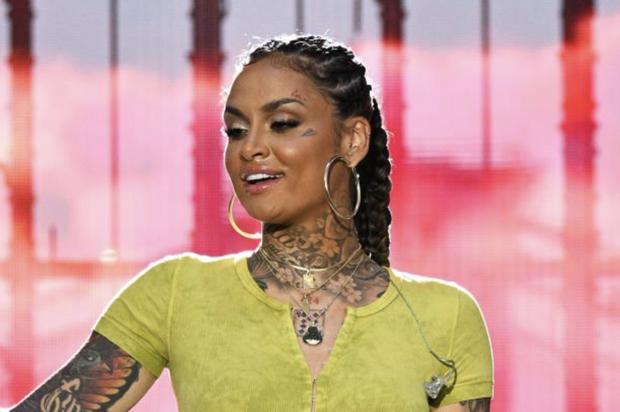 Audiences at live shows have been increasingly acting out and artists have been rolling with the [literal] punches. Recently, we reported on fans at an Erykah Badu concert throwing fists in the stands. It went unnoticed by the singer, thankfully not disrupting the show for everyone else, but those near the scruffle didn’t understand what could make anyone mad enough to scrap at a Badu event.

The same questions could be asked about a recent Kehlani show where it looked like things go out of control in the pit near the front of the stage.

It is unclear how the purported argument began, but in a clip shared by The Neighborhood Talk, the concert was stopped as security addressed irate women in the crowd. One woman was yelling while wearing a stocking cap that goes under a wig.

On stage, Kehlani was on the mic speaking to fans, trying to make the dead time not come off as awkward silence. Then, the singer asked, “Can somebody give her her wig?” before the crowd erupted. Kehlani joked that she just knew the wig was cute, so the girl deserved at least that much.

The singer is known as a positive-vibe, peace and love performer, so this comes as a surprise for those in attendance. Check out the moment below.