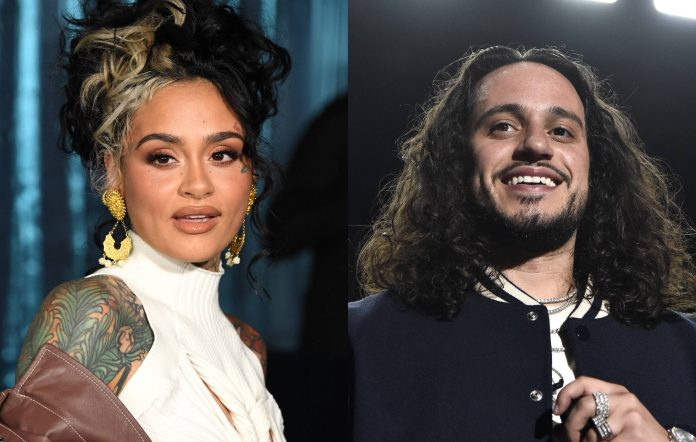 Kehlani and Russ have teased that they are working on a joint album together.

The pair first worked together last year on the collaborative single ‘Take You Back’, and they’ve now shared a video hinting that there is more music in the works.

Taking to Instagram at a party, Kehlani and Russ both spoke to the camera. At the end of the video, the former said: “You want a Russ and Kehlani album? Tweet us.”

After the video was posted, a Kehlani fan account shared the video on Twitter, urging the pair to “make it happen”.

Last month Kehlani confirmed details of her new album ‘Blue Water Road’ and shared a trailer for the record, which will follow 2020’s ‘It Was Good Until It Wasn’t’.

A new single and accompanying music video, ‘Altar’, then followed days later. The video for ‘Altar’ features much of the imagery shown in the album teaser, showing Kehlani with a bloody and bandaged leg, and later dancing around a house in the countryside.

“The dark and sexy new songs shine their brightest when coated with a layer of her previous sparkle; which makes the artist’s second album a fine but frustrating release.”