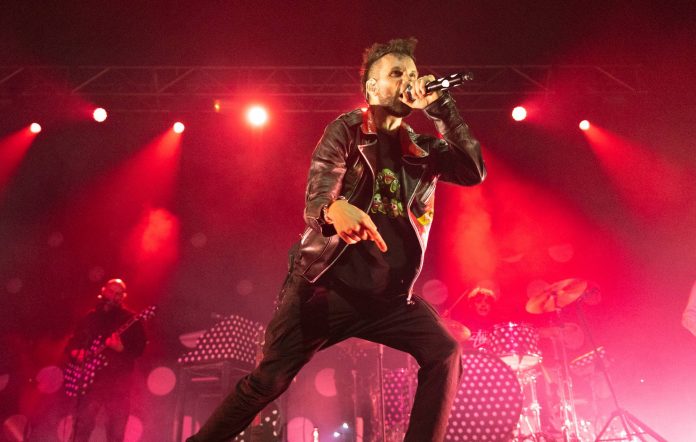 Meighan parted ways with the band last year after he was convicted of assaulting his girlfriend, saying he was leaving the band in order to “concentrate all his energies on getting his life back on track,” before appearing at Leicester Magistrates Court to face a charge of assault against his partner Vikki Ager. He pleaded guilty and was subsequently sentenced to 200 hours of unpaid work.

Back in May, Kasabian confirmed that they would continue as a band in Meighan’s absence, announcing an intimate run of UK tour dates. Those dates began last night at the O2 Academy Glasgow, and saw Serge Pizzorno take up frontman duties for the first time.

See footage from the gig, which saw the band play a host of classics including ‘L.S.F.’, ‘Club Foot’ and ‘Underdog’, below.

The return of #Kasabian!! pic.twitter.com/YX306JtP16

Many on social media are also reporting that the gig saw Kasabian joined by The Music‘s Rob Harvey on backing vocals, which Harvey then confirmed on Instagram.

Meighan, meanwhile, discussed his assault conviction for the first time in an interview last year. He said he took “full responsibility” for the incident. He is now working on his debut solo album.