HomeNewsKarol G falls down a set of stairs during Miami gig: “Everything...
News 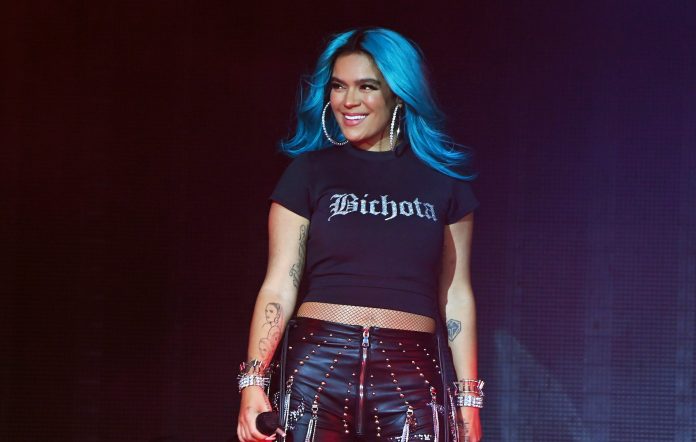 Karol G is recovering after falling down a set of stairs during her huge Miami gig this weekend (November 26).

The Colombian reggaeton star was playing a massive headline show at the FTX Arena in the Florida city.

READ MORE: Five things we learned from our In Conversation video chat with Karol G

The singer performed the gig on a stage featuring a large set of stairs. As footage – which you can watch below – shows, at one point during the show, she tried to descend the stairs but took a tumble.

“All my nails broke, I think my knee broke. Everything hurts,” she told the crowd in Spanish later in the show to huge applause.

“After having filled this arena for the first time in my life… I wanted it to be perfect,” she added.

See the fall and subsequent speech below:

Earlier this year, Karol G spoke to NME for an In Conversation video interview about her new album ‘KG0516’, working with Nicki Minaj and her acting aspirations

“One day I noticed that Nicki Minaj was following me on Instagram, and she started leaving comments on my pictures,” Karol told NME of the genesis of her collaboration with the rap star.

She revealed that she then sent Minaj a message. “I was like: ‘I admire you so much, you’re a big inspiration for everybody, let’s do a collaboration’. And I was surprised that she said yes!”

“It’s one of the most special collaborations of my life because it’s so surprising,” she said.

Watch the full video interview above.

The post Karol G falls down a set of stairs during Miami gig: “Everything hurts” appeared first on NME.