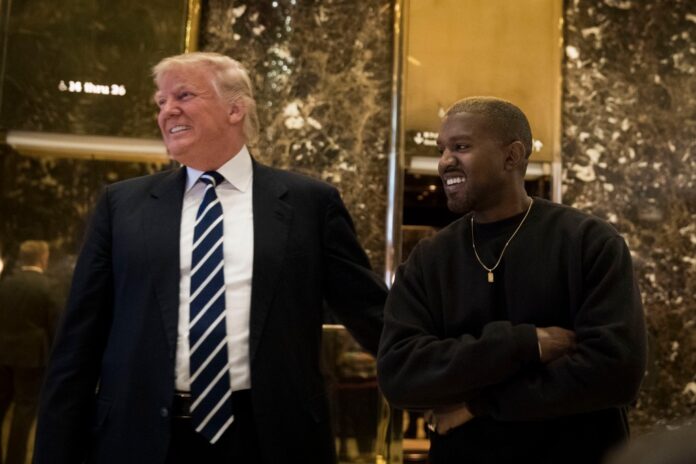 Kanye West is currently on a media tour after announcing his bid for 2024 Presidency. On Monday (November 28), the 45-year old star stormed off the set of an interview with podcaster Tim Pool after the two got in to a heated debate over Kanye’s antisemitic comments.

Kanye was joined by far-right commentator Milo Yiannopoulos during his interview on the “Timcast IRL” podcast.  “To come in here – I feel like it’s a set up to be like defending. I’m literally going to walk the F off the show. If I’m sitting up here having to, you know, talk about, ‘You can’t say it was Jewish people that did it.’”

Kanye began taking off his headset before storming off the set of Pool’s podcast. He continued on his rant, opening up about his relationship with Donald Trump. “I would have never wanted to do anything that hurt Trump,” Kanye shared. “I’m on Trump’s side. Trump said things that hurt me. He lied about me, but I mean, he’s known for lying.” Ye’s interview comes on the heels of Trump deeming Kanye a “seriously troubled man.”

“So I help a seriously troubled man, who just happens to be black, Ye (Kanye West),” Trump shared in a social media post. “Who has been decimated in his business and virtually everything else, and who has always been good to me, by allowing his request for a meeting at Mar-a-Lago, alone, so that I can give him very much needed ‘advice.’”

Trump went on to reveal that Kanye “shows up with 3 people, two of which I didn’t know. The other a political person who I haven’t seen in years. I told him don’t run for office, a total waste of time, can’t win. Fake News went CRAZY!”

As for Kanye, he still stands by his support for Donald Trump. “I went into the trenches for Trump … There is no one in my position that wore that [MAGA] hat,” Kanye shared. Check out Kanye’s full interview below.