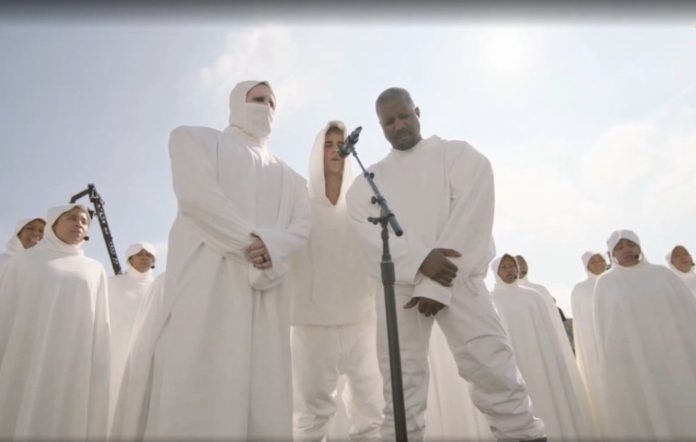 Kanye West today (October 31) brought his Sunday Service back for a livestream event.

The artist, who is now known legally as Ye, sparked controversy as the event featured Marilyn Manson who has been accused of sexual assault, misconduct and abuse by multiple women in the past year, including his former partner Evan Rachel Wood. He has denied the allegations, calling them “horrible distortions of reality”.

West also controversially brought out the musician at a listening party for new album ‘DONDA’ at Soldier Field in Chicago in August. When the album in question finally dropped, Manson was credited as a co-writer on the songs ‘Jail’ and ‘Jail Pt. 2’.

Appearing alongside the pair was Justin Bieber and Roddy Ricch.

The rooftop performance saw performances of a number of ‘DONDA’ songs including ‘No Child Left Behind,’ ‘Hurricane,’ ‘Moon,’ and ‘Come to Life.’

You can see reaction to the moment from fans on social media here:

can’t believe we live in a timeline where Kanye West, Justin Bieber and Marilyn Manson are huddled up in a circle hugging pic.twitter.com/KQJZNc6mf8

Kanye really got Marilyn Manson out there with Sunday Service

The appearance of Manson at the Chicago ‘DONDA’ event sparked significant backlash online back in August.

Manson appeared on the stoop of a church-like structure West built in the centre of the stadium. When photos of the construction of the structure circulated online before the event, many noted its resemblance to West’s childhood home.

Manson’s ex-wife Wood also appeared to respond to the appearance on social media. A few hours after West’s album arrived, Wood shared a video of her covering The New Radicals’ ‘You Get What You Give’ at a recent show in Hollywood.

In the caption, she quoted the song’s title and added: “For my fellow survivors who got slapped in the face this week. I love you. Don’t give up.”

Meanwhile, a previously dismissed sexual assault lawsuit against Manson was re-filed in a US court last month.