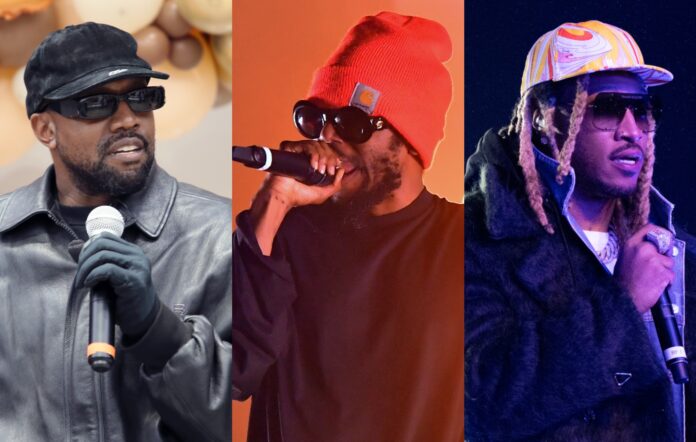 The organisers of Rolling Loud Miami have announced the line-up for the festival’s 2022 edition in July, with Kanye West (billed under his legal name, Ye), Future and Kendrick Lamar headlining across the three-day event.

This marks the second time in a row that Future has been announced to headline a US Rolling Loud event, after the rapper topped the bill for last year’s Rolling Loud California – where he brought Kanye West out for a surprise appearance during his set.

Notably, this year’s iteration will also see DaBaby return to the Rolling Loud Miami stage, almost exactly a year since the rapper sparked backlash at the event for making homophobic comments and offensive remarks about people living with HIV.

DaBaby’s comments prompted criticism from the likes of Elton John and the rapper’s ‘Levitating’ collaborator Dua Lipa, and saw him dropped from festivals like Lollapalooza, Governors Ball and Austin City Limits.

DaBaby later apologised to representatives from various HIV organisations during a virtual meeting with them. Following the meeting, community leaders and attendees said in a joint statement that the rapper had “apologized for the inaccurate and hurtful comments he made about people living with HIV”.

In November, the rapper announced his first tour since the controversy – a string of US dates presented by Rolling Loud. In a statement to NME at the time, a Rolling Loud spokesperson said organisers “support second chances”, and that they believed “DaBaby has grown and learned from his experience”. The next month, DaBaby performed as part of Rolling Loud California.

Back in January, it was announced that J. Cole, A$AP Rocky and Future would headline the inaugural Rolling Loud Portugal. After being forced to cancel both their planned 2020 and 2021 launches due to the coronavirus pandemic, the festival is set to make its European debut in July.