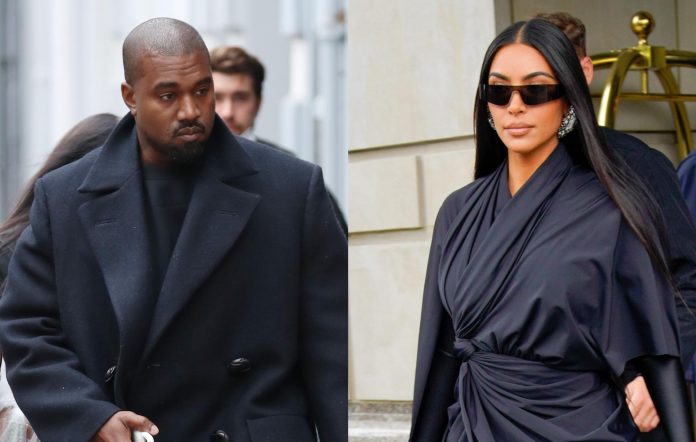 That’s according to Page Six, which has reported that the separated couple have met up in New York where Kardashian is readying herself for the US entertainment show.

A source told the publication: “Kim is nervous about hosting SNL, it’s a big challenge but she is determined to be a success.

“Kanye is quietly advising her on her performance, her opening monologue, even her costumes for the show.”

Kardashian was seen leaving her Upper East Side hotel on Tuesday (October 5) for what was believed to be meet-up with SNL guru Lorne Michaels, Page Six added. The reality TV star has admitted, via her Instagram, to feeling “the pressure” about the gig.

Earlier this year Kardashian filed for divorce from West after six years of marriage. Despite news of their separation, West brought Kardashian out on stage at the last of his ‘DONDA’ listening events in August in which Kardashian wore a wedding dress at the show’s end.

Named after the rapper’s recent 10th studio album, the school has a specific focus on basketball and has already agreed transfers to the school of a number of the US’s most highly-rated high school basketball players.

The ‘Donda Academy’ is reportedly set on “finding the intersection between faith and the innovation of the future,” and will focus on “equipping students with an education that will last in the ever-changing world”.