HomeNewsKanye West is in the studio with Beach House
News

Kanye West is in the studio with Beach House 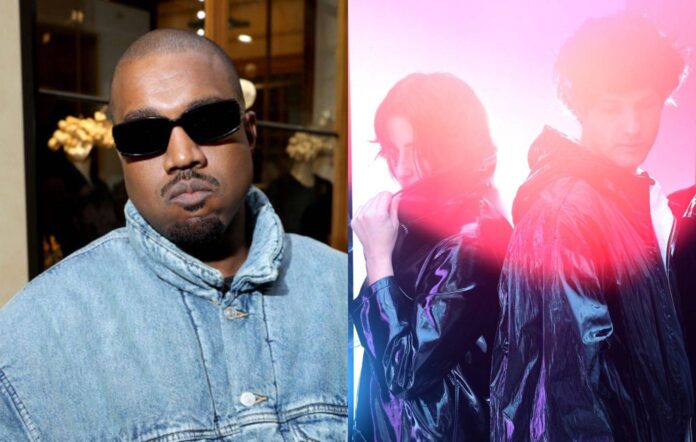 Kanye West looks to be in the studio with Baltimore dream pop duo Beach House.

READ MORE: On the scene at Kanye West’s ‘Donda 2’ event in Miami: “It felt like a cult convention”

Beach House – Victoria Legrand and Alex Scally – are currently on a US tour behind new double album ‘Once Twice Melody’, playing Madison, Wisconsin and St. Paul, Minnesota this weekend.

Taking to Instagram yesterday (February 26), Kanye shared a pair of photos of him in the studio with the duo, which have since been confirmed as legitimate by John Cunningham, a producer on ‘DONDA 2’, say Stereogum.

It’s not clear whether the photos were actually taken yesterday or if the acts were in the studio together in the past, but Ye appeared to be wearing the same outfit in the studio photos and an Instagram Live that same day.

See the photos below.

Meanwhile, Kanye has updated his bespoke Stem Player platform to add 12 new songs to ‘DONDA 2’, bringing it up to a current total of 16 tracks. It’s not clear whether this is the entire album or not.

Going by a tentative tracklist for ‘DONDA 2’ that West posted last week, there are six more songs that could be added to the mix in the near future. It’s worth noting, though, that none of those tracks were played at West’s Miami event on Tuesday (February 22).

The album – West’s 11th, and a direct follow-up to last year’s ‘DONDA’ – is available exclusively via the platform, unique to the $200 (£150) device made by the rapper’s Yeezy Tech enterprise. Four songs from the record – ‘Security’, ‘Pablo’, ‘Broken Road’ and ‘We Did It Kid’ – were made available to Stem Player owners on Wednesday (February 23), following a listening party and live performance in Miami the night prior.

Over the weekend, West said he had made over $2.2million (£1.6m) in Stem Player sales in the 24 hours following his announcement that it would be the only way to listen to ‘Donda 2’. In the wake of the announcement, though, Apple reportedly pulled their $2million (£1.5million) sponsorship deal with West.

The post Kanye West is in the studio with Beach House appeared first on NME.