HomeNewsKanye West Argues With Paparazzi While Out With Bianca Censori
News

Kanye West Argues With Paparazzi While Out With Bianca Censori 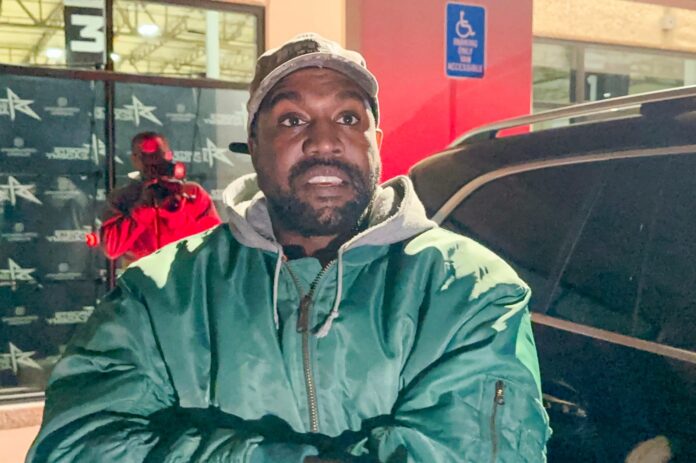 Everywhere he goes, all eyes are on Kanye West. However, in recent years, the Rap mogul has intensified his infamy with presidential campaigns, controversial social media outbursts, and, more recently, anti-Semitism and admissions of admiring Adolf Hitler.

It doesn’t take much for West to dominate pop culture spaces, but news of his purported marriage has been a main focus. It was reported that just months after his divorce from Kim Kardashian was finalized, West married Yeezy architect Bianca Censori.

The Donda icon often makes friends with the paparazzi, but these days, he seems a tad more irritated. A new video has surfaced, taken by a person filming West and Censori during a private moment. The person behind the camera is yelling at the pair about them being on their honeymoon, to which West repeatedly tells him to “stop.”

The rapper called the person “antagonistic” and demanded that the man leave them alone. The person insists they were far enough away and “only needs just one shot.”

Kanye replied, “You got the shot. But I’m saying, you don’t even know. Y’all just jump up on people like this in the street just like… “

“You know the first time when I took medication, where I was? I got mad at the paparazzi. You know who the paparazzi was? The same one that shot Britney,” West continued. It’s assumed he’s referring to the moment Britney Spears shaved her head all those years ago.

“My dad did photography for newspapers. It has to be some kind of balance, some kind of conversation. I can’t live in California and my life, like I’m some type of caged animal.”

West questioned who the photog worked for, and the man said he was independent. Ye told him it wasn’t right that someone could just walk up on a stranger at night and take photos without repercussions. West also spoke about not having any say in how or where the photos are published. He added that celebrities also don’t get a cut on monies earned.

ICYMI: Whiles the world wondered where Kanye was, he actually got married in a private ceremony to Yeezy’s Head of Architrcture, Bianca Censori(27) who some say looks like his ex-wife, Kim Kardashian.

The paparazzo told Ye that he stopped photographing him when asked. Still, the person continued to record and released the footage.

Check out what else West had to say during his lengthy interaction with the paparazzi in the video above.