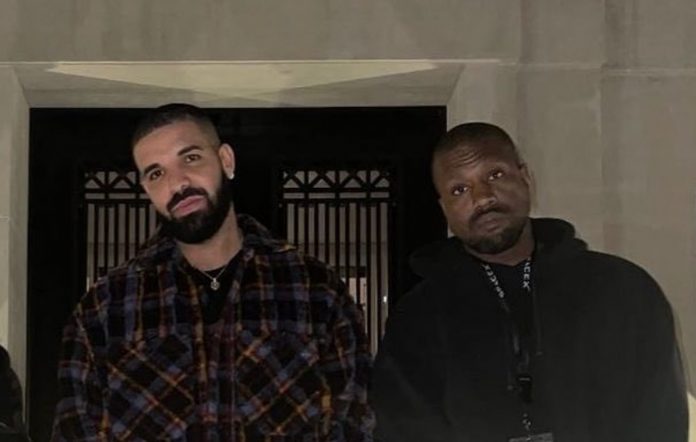 Kanye West and Drake have posed together for a photo at the latter’s home, potentially signalling an end to the pair’s longstanding beef, which was been ongoing since at least 2009.

In a photo West – who recently legally changed his name to Ye – shared on Instagram, the two rappers can be seen posing for a photo alongside Ye’s friend J. Prince. Ye captioned the image with an emoji of a white dove.

Earlier this month, Ye extended an olive branch to Drake and invited him to appear at a forthcoming Los Angeles show on December 9 to raise awareness and advocate for the freedom of Larry Hoover, who is currently serving six life sentences for charges relating to gang activity. Hoover’s son urged Drake to accept Ye’s peace offering, saying Drake is “a leader and leaders make decisions that people follow”.

Drake posted a series of videos on his own Instagram, one showing comedian Dave Chappelle giving a speech about the Canadian rapper inviting him, Ye and other people to his home.

In the second video, Ye is filming both he and Drake with the latter repeating “yeah!” and Ye closing the video appearing to scream into the camera with a smile on his face.

Meanwhile, Drake has been named in at least one lawsuit pertaining to the crowd surge tragedy at Travis Scott‘s Astroworld that left 10 dead.

In the days following the event, Drake released a statement, saying, “My heart is broken for the families and friends of those who lost their lives and for anyone who is suffering.

“I will continue to pray for all of them, and will be of service in any way I can.”

Ye dedicated his first Sunday Service performance following the festival to those who lost their lives at the festival, the youngest of whom was just nine years old.

Ye also recently released the deluxe version of his tenth studio album ‘DONDA’, including an extended version of ‘Life Of The Party’ now with a verse from André 3000.