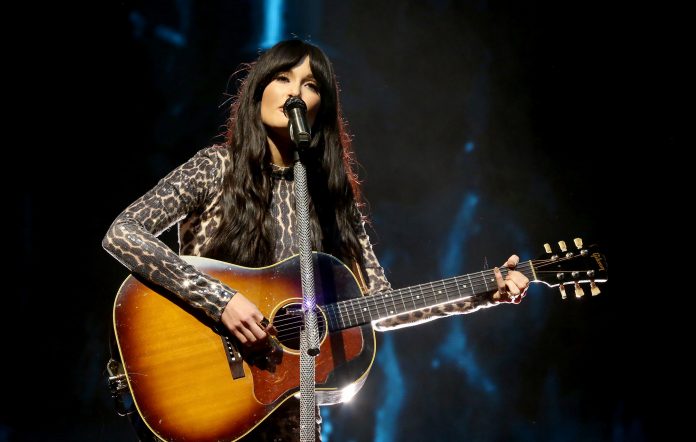 Kacey Musgraves’ latest album ‘Star-Crossed’ is ineligible for the Best Country Album award at the upcoming Grammys, the Recording Academy has decided.

As Billboard reports, members of the academy convened last week for their annual screening committee meeting, where recordings are reviewed to make sure they are placed in the appropriate awards categories. It was during this meeting that members of the country committee rejected ‘Star-Crossed’ as a contender for the 2022 Best Country Album.

Musgraves’ album is, however, eligible for the Best Pop Album and all-inclusive Best Album categories. Additionally, her song ‘Camera Roll’ has reportedly been accepted for the Best Country Song category.

The move from the academy prompted a letter to Recording Academy CEO Harvey Mason Jr. from Universal Music Group Nashville president Cindy Mabe, who said it was “very inconsistent and calls into question the other agendas that were part of this decision”. She argued that excluding Musgraves from country categories perpetuates the genre’s struggle to increase diversity.

“The numbers speak and are a matter of public record with women making up only 10 per cent of all country airplay,” Mabe wrote.

“This year alone country music has been mired in the controversy surrounding one of the formats [sic] biggest artists, Morgan Wallen, who used a racial slur and grew fans and audience from it. THIS IS NOT ALL THAT WE ARE. Under the surface are the artists that change it all and they are led by the example of Kacey Musgraves.”

“Both albums were produced by Ian Fitchuk, Daniel Tashian and Kacey Musgraves. Both albums were mixed by Shawn Everett. On ‘Golden Hour’, Ian, Daniel and Kacey wrote seven of the 13 songs and on ‘Star-Crossed’ they wrote 11 of the 15,” Mabe wrote.

“Both albums complete each other with ‘Golden Hour’ telling the story of falling in love and ‘Star-Crossed’ telling the conclusion of the breakup. There is no departure in sound from these two projects.

“This album was consistently classified as country throughout it’s [sic] metadata and overall labeling across the DSP accounts and partners. ‘Star-Crossed’ appeared on every major country playlist of every DSP.”

NME gave ‘Star-Crossed’ four stars upon its release, writing: “[Musgraves’] dissection of a crumbling relationship is inspired by Romeo & Juliet and split into three parts, never collapsing under its own concept.”

The 64th Grammy Awards will be held on January 31, 2022, with nominations announced on November 23.