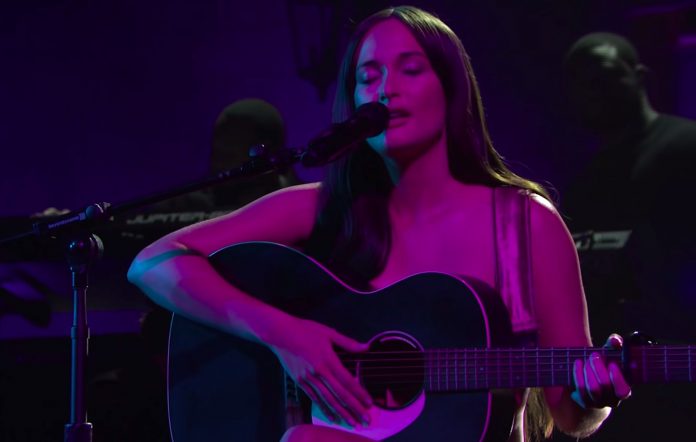 Kacey Musgraves has shared her version of Coldplay’s 2005 song ‘Fix You’, recorded as part of a stop-motion animation film from Chipotle called ‘A Future Begins’. Watch the video below.

In her cover, Musgraves is accompanied by a gently picked acoustic guitar, with added piano and strings as the song soars into its chorus. The animation shows young farmers at work, with the campaign created in support of Chipotle’s programme to help transition 1million acres of land to the next generation of farmers.

The film has been billed as a sequel to Chipotle’s 2011 film ‘Back to the Start’, which saw Willie Nelson covering Coldplay’s ‘The Scientist’. In a ‘Making Of’ video, Musgraves breaks down the cover and explains her reasons for supporting the campaign.

Musgraves released her fifth studio album ‘Star-Crossed’ in September and NME gave it four stars upon its release, writing: “[Musgraves’] dissection of a crumbling relationship is inspired by Romeo & Juliet and split into three parts, never collapsing under its own concept.”

Musgraves responded to the Recording Academy’s decision on Twitter, posting a photo of herself as a child in a pink cowboy hat. “You can take the girl out of the country (genre) but you can’t take the country out of the girl,” Musgraves captioned the photo.