HomeMusicK-Pop’s MAMA Awards Is Coming to the U.S.
Music

K-Pop’s MAMA Awards Is Coming to the U.S. 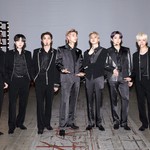 As part of its global expansion ambitions, MAMA (Mnet Asian Music Awards) will take place in the U.S. “in a few years,” organizers said Monday (Nov. 15).

Though no specific timeframe has been laid-out, coming to America will be no small feat. But it will happen. The team behind MAMA, entertainment and lifestyle company CJ ENM, has made the U.S. and its giant music market a priority, part of its plan to cement the award ceremony’s position as a global one.

“As K-pop continues to grow in influence globally, we plan on expanding our presence to regions bordering Asia and beyond. In a few years, we plan to host MAMA in the U.S., the world’s biggest music market.”

Those ambitions were revealed during a press conference Monday in Seoul, during which details were presented for the forthcoming awards ceremony.

The 13th annual MAMA will take place Dec. 11, with British singer and songwriter Ed Sheeran booked to perform on the night. Sheeran has a special connection with K-pop fans through his collaboration with BTS on their 2021 hit “Permission to Dance.”

“Permission to Dance” debuted at No. 1 on the Billboard Hot 100 in July, replacing another BTS song, “Butter.”

As part of that alliance, Apple Music users can play their part in dictating the Worldwide Fans Choice Top 10.

By streaming an artist’s music for over 30 seconds on Apple Music, up to five times a day, that data will be integrated into the judging criteria, Lowe explained. Once the pre-vote period ends on Nov. 22, and the next kicks off Nov. 25, fans can stream, and impact the vote, for one artist a day until Dec. 9.

The tech giant’s partnership with MAMA “was a natural choice given the scale and credibility of the show for the past 12 years,” he explained.