HomeMusicK-Pop Supergroup GOT the beat on Joining Forces: ‘We Clicked Right Away’
Music

K-Pop Supergroup GOT the beat on Joining Forces: ‘We Clicked Right Away’ 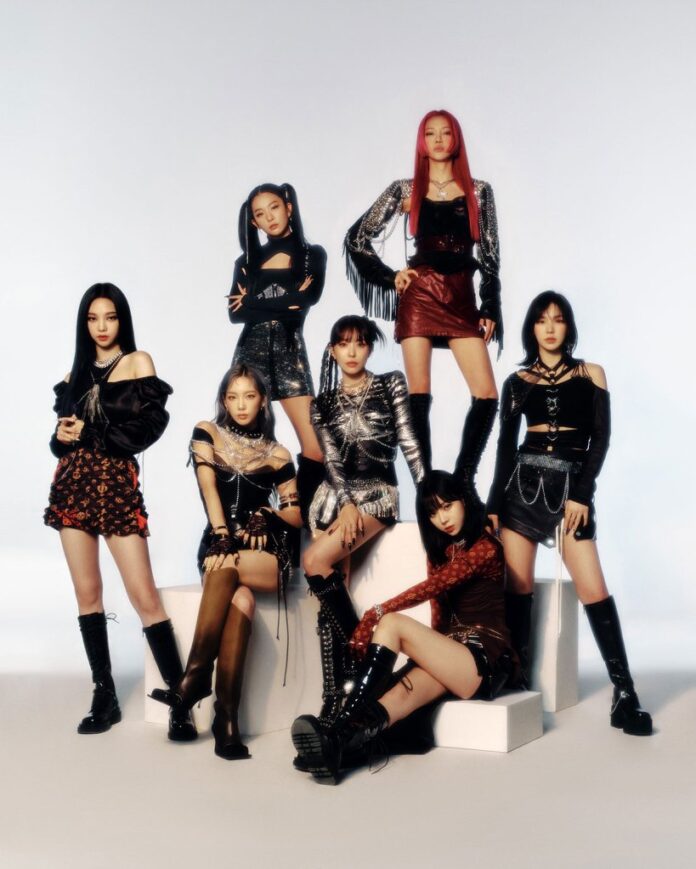 You don’t need to be a K-pop scholar to recognize GOT the beat’s blinding star power.

Announced late last year, the seven-member supergroup features some of K-pop label SM Entertainment’s biggest female entertainers: There’s BoA, a 20-year industry veteran and an Asian pop icon; Taeyeon and Hyoyeon from Girls’ Generation, one of the first major K-pop acts to partner with an American label over a decade ago; Seulgi and Wendy from Red Velvet, which turned heads with its pop-R&B sounds and image that defied the usual K-pop archetypes; and Karina and Winter from new arrivals aespa, whose metaverse concept and futuristic beats are on the cutting-edge of pop.

“Each member has their own unique vocal and dance style that also reflect their original group,” Seulgi explains — no wonder fans have compared the project to Marvel’s Avengers. Below, the group’s members (BoA spoke to Billboard over Zoom, the others over email) open up about coming together, finding their groove and what’s in store.

In 2019, SM Entertainment launched the all-male supergroup SuperM — featuring members of SHINee, EXO, NCT 127 and WayV — and soon after started thinking about a girl-group equivalent. Though the pandemic put the plans on hold for a while, it turns out label executives weren’t the only ones dreaming about the concept. “I did imagine a female version of SuperM, but I never imagined I would be part of it,” says Winter. Wendy was also into the idea: “It was fascinating to see artists from different groups get together,” she says. “With GOT the beat, I wanted to show the same positive synergy but with a different charm that makes this group unique.”

As for what these members all have in common? “GOT the beat is very focused on performance, so all the great dancers are together,” says BoA, who in conversation is frequently — and hilariously — self-deprecating, adding, “I don’t know why I am there, but I was very happy to be part of this project.”

Although some members of GOT the beat had previously collaborated with each other or crossed paths at SM events over the years, the project offered an occasion for genuine quality time and connection. “It’s great that we’ve gotten so close through this project,” Karina says. “We were able to talk a lot during break times, and I received some great advice from the members. Recently, we started a group chat where we’d share bits of our daily lives as well.”

For some members, GOT the beat represents a chance to work alongside their idols. “I was blown away by BoA’s powerful dance moves,” Taeyeon says. “When I was young, I always saw her perform on TV or from a distance, but while working on this project, I was able to see her up close and found myself just staring at her in awe. I was also surprised by how professional the younger members are! Maybe it’s because all the members are talented and have their own distinct strengths, but we clicked almost right away.”

The two members of aespa — which only debuted in late 2020 — say the experience has already helped them amp up their stage presence. At first, Winter explains, “I was worried about performing with such amazing artists since they all have much more experience than me. However, as we started practicing, it wasn’t awkward at all, and they helped me so much.” When it came to dancing in particular, Karina adds, “I learned where to relax, where to put in more power, and where to highlight the details. I also learned how to make the right facial expressions and gestures on stage as well.”

For the seasoned pros, the group is an opportunity to explore new perspectives and get out of their comfort zones. “[The aespa members’] strong passion and energy reminded me of my earlier days and motivated me to work harder,” Seulgi says. After spending years as a solo artist, BoA describes the intricate, rotating group choreography as the biggest challenge — “I’m so used to being in the middle, you know?” — yet she relished the chance to be a team player: She suggested that Taeyeon take on the role of group leader, not herself, and she liked that the opening lines of lead single “Step Back” went to Karina instead of a veteran. To her, subverting expectations is part of the fun of a supergroup: “We just wanted to [show] some tricks.”

“Step Back” — a fierce hip-hop-flavored track, co-written by Tayla Parx, that has raked in 7.04 million official on-demand U.S. streams, according to MRC Data — really “allows each one of us to show off our unique talents and our synergy when we come together,” Hyoyeon says. “It’s also very different from anything that any of us have done before, which makes GOT feel new and unique, setting the stage for more exciting surprises to come.”

The septet is eager to release more music but has no firm plans yet — coordinating schedules, unsurprisingly, is a hurdle when assembling some of K-pop’s finest. (For their debut performance, the members rehearsed separately with stand-ins and only had a handful of hours together the week of: “We nailed the choreography in just three days,” Taeyeon says.) Wendy believes the group can “pull off various genres,” while BoA is open to exploring more of the hard-hitting sounds of “Step Back,” adding that she’s “definitely” down to give rapping a go in the future — “I really like Hyoyeon’s part, it sounds so fun.”

Still, their work together is just the beginning: GOT the beat is just one configuration of a larger, ongoing Girls on Top supergroup project that will feature different women from SM in future lineups. “No unit will be the same,” Hyoyeon says. And while the group is tight-lipped about what to expect exactly, BoA already has some ideas. “I wish we could have GOT the ballad,” she says. “We do have a lot of great vocalists.”