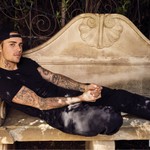 The Top Triller U.S. and Top Triller Global charts highlight the biggest songs on Triller based on a formula blending the amount of views of videos containing a respective song, the level of engagement with those videos and the raw total of videos uploaded featuring each song, according to Triller. Data for the charts is represented on a Friday-Thursday tracking week, with the latest period running Oct. 15-21.

“Ghost” bows as Bieber’s first No. 1 on Top Triller U.S., which began in 2020. Previously, he’d risen as high as No. 2 with “Peaches,” featuring Daniel Caesar and Giveon, in June and counted five top 10s prior to the arrival of “Ghost.”

Originally released on Justice — Bieber’s sixth studio album —  in March, “Ghost” has surged in recent weeks thanks to its music video, which was released Oct. 8. The song returned to the Billboard Hot 100 after debuting upon release week (No. 66, April 3), peaking thus far at No. 32 on the Oct. 23-dated list.

According to Triller, the top upload utilizing “Ghost” in the latest tracking period was a behind-the-scenes clip from Bieber himself that’s racked up 752,000 views thus far. The runner-up, from user @madi (Madi Monroe) boasts 30,000 views.

“Ghost” takes over from Drake’s “Way 2 Sexy,” featuring Future and Young Thug, which had crowned the tally for the previous three weeks and four of the last five; it drops to No. 2 on the Oct. 30 ranking.