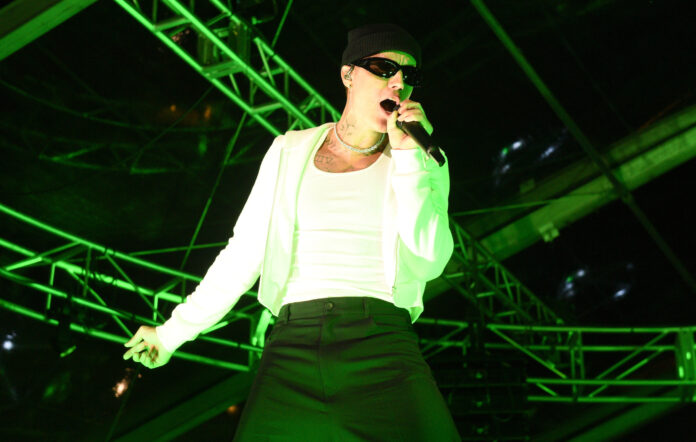 Justin Bieber has added another date to the UK leg of his upcoming ‘Justice’ world tour.

The pop star initially announced a run of UK dates last November that included two shows at London’s The O2, along with further gigs in Manchester, Birmingham, Sheffield, Glasgow and Aberdeen. He later added another O2 date.

Today (May 24) Bieber has added a fourth night at the O2 due to popular demand (buy tickets here from 9am this Friday, May 27).

He’ll perform 11 UK shows as part of the world tour, which restarted again in Mexico on Sunday (May 22). However, he won’t be hitting the UK until next February.

Bieber recently confirmed final shows for the world tour come off the heels of his 52-date North American tour, which started in San Diego on February 18. You can find the full list of his remaining ‘Justice’ world tour dates here.

Earlier this month, the singer addressed the mass shooting at a supermarket in Buffalo during one of his concerts in the New York city.

The pop star performed at the city’s Keybank Center hours after 10 people were fatally shot and three wounded by a gunman in what police called a “racially motivated hate crime”.

During the concert, Bieber referred to the shooting ahead of airing ‘Hurt’, telling the crowd: “As we know, there’s so much division in this world. So much racial injustice. As you and I both know, racism is evil and it is diabolical.