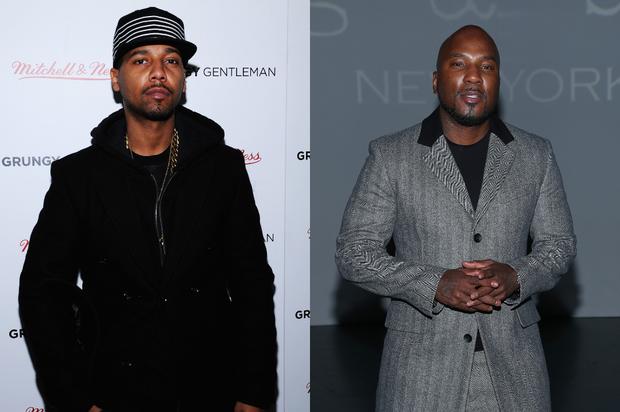 Juelz Santana says that he and Jeezy intended to team up for a collaborative project back in the day that would’ve been titled, Best of Both Hoods. The Dipset rapper reflected on the never-released project during an appearance on the latest episode of the Hotboxin with Mike Tyson podcast.

“Me and Jeezy were actually supposed to do a project together called Best of Both Hoods,” Juelz revealed. “Jeezy kinda, he took off and he got real big, I don’t wanna say he got like… I mean, basically, the mixtape didn’t happen. Me and Jeezy did about four records then he kinda got real big, whatever, we didn’t do the mixtape.”

While the collaboration never came to fruition, Santana says that it paved the way for his and Lil Wayne’s unreleased mixtape I Can’t Feel My Face, as well as his lifelong friendship with the legendary rapper.

“Wayne called me up and said, ‘Yo, what’s up with the tape you supposed to be doing with Jeezy?’ I said, ‘I don’t know, man. Jeezy’s moving, he’s doing a lot of things right now,’” Juelz recalled. “[Lil Wayne] said, ‘Man, wassup? If you wanna do it, let’s do the tape. Let’s do the tape together, me and you.’ From there, it just so happens the next month, we wind up going on tour together. Me, Lil Wayne, Chris Brown, Dem Franchize Boyz and Ne-Yo.”

He continued: “We went on tour and me and Wayne just got super close, we did a bunch of records on tour. Wayne is a studio rat, so after the shows Wayne always had the studio booked. Me and him would go to the studio, record, we recorded so much music. We just became super close, and that’s been my brother ever since.”

Santana and Jeezy ended up releasing a song titled “Best of Both Hoods” in 2006. The track was featured on The Diplomats and DJ Envy’s Bad Guys 8 mixtape. They also teamed up for “Make It Work for You,” alongside Lil Wayne, off of Santana’s 2005 album What the Game’s Been Missing!

Check out Santana’s recollection of Best of Both Hoods below.