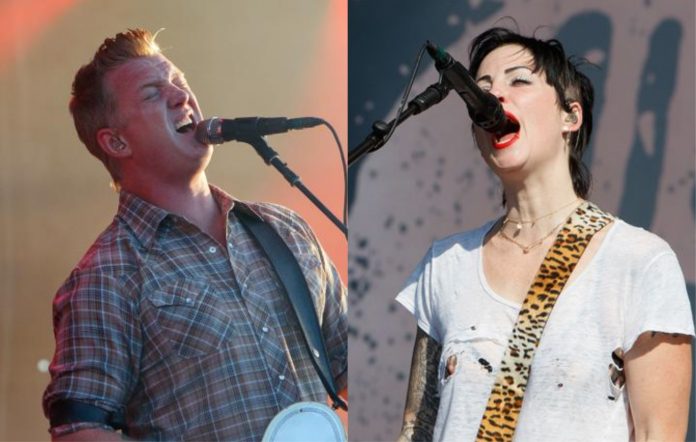 Josh Homme has testified as part of ex-wife Brody Dalle‘s ongoing criminal contempt trial, as the custody battle over the pair’s two sons rages on.

According to Rolling Stone, the Queens Of The Stone Age frontman was called as a witness to the trial, which began last Friday (October 29), following his accusation that the The Distillers frontwoman violated an equal custody agreement made in October last year, and was “alienating” Homme from his sons by allegedly not allowing him to see them.

When questioned during the trial by his lawyer Glen Jonas, Homme reportedly spoke fondly of the time he spent with his sons earlier this year: “They’re my sons. I take them places. We play. I take them to the hardware store, go surfing, go to the beach. We make dinner together. It’s been good.”

Homme claimed that Dalle did not let him see their sons, who are aged 5 and 10, on August 27 or September 3, despite court orders allowing him to do so. Dalle previously pled not guilty to the contempt charge and denied Homme’s allegations, with her lawyers reportedly claiming on Friday that she had tried to convince the elder son to visit Homme on September 3, but he refused.

In September, Dalle had tried to file a restraining order against Homme on behalf of their sons, alleging that Homme “abuses them physically and emotionally with flicks to the ear, put-downs, threats against their mother [and her boyfriend] and groping of the boys’ privates”.

That application for a restraining order against Homme has been denied multiple times, the latest occasion being October 29, the same day Dalle’s contempt trial began, reportedly on the grounds that she sought the orders without proper court authorisation.

Judge Riff reportedly said that he wasn’t willing to allow Homme and Dalle’s children to testify until Dalle’s legal team had laid more of a foundation in the trial, saying he doesn’t want to “put these kids on [the stand] on these very volatile, difficult topics to find out that none of it has any legal relevance”.

At the end of September, the couple’s daughter had her restraining order against Homme extended until at least November. Homme is required to keep a distance of at least 100 yards between himself and his daughter, and will not be allowed to make any contact with her.