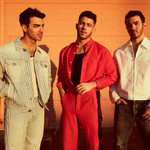 Joe Jonas, Kevin Jonas and Nick Jonas are gearing up to roast each other for Jonas Brothers Family Roast, a one-hour comedy special premiering globally on Netflix Tuesday, Nov. 23. In addition to starring in the Netflix original, Jonas Brothers also take on the role of executive producers on the show.

Saturday Night Live’s very own Kenan Thompson will host the roast that will give floor to the super-star sibling trio to openly tease and ridicule each other in a way only brothers know how.

“Jonas Brothers Family Roast is a one-of-a-kind comedy special of epic proportions that celebrates the universal truth that no one can get under your skin quite like your own family,” shared the JoBros in a video statement posted to Twitter.

This is gonna be fun Don’t miss the Jonas Brothers Family Roast on November 23rd only on @Netflix!! #roasted @NetflixIsAJoke pic.twitter.com/qmpsHDgbWf

Jonas Brothers are no strangers to opening up to their fans and audiences, especially after their reuniting as a band in 2019. They’ve released two documentaries — Chasing Happiness and Happiness Continues — touching on the band’s early  happenings and private struggles. But now more than ever, the JoBros seem ready to air it all out — only this time, it’s for laughs.