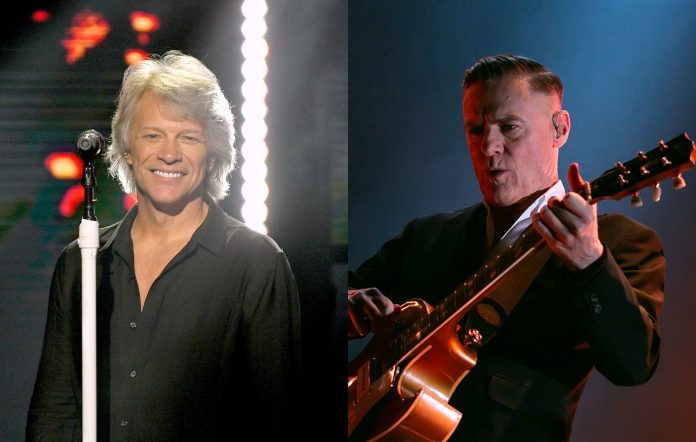 Jon Bon Jovi and Bryan Adams have both tested positive for COVID-19, forcing the musicians to cancel their performances over the weekend.

Bon Jovi was hours away from performing in Miami when the news broke on Saturday night (October 30). Local outlet WSVN 7 News reported that fans were already inside the venue when the event, dubbed ‘Runaway With JBJ’, was canned.

Had it have gone ahead, the gig would’ve featured an acoustic, story-driven performance, Q&A session, photo-op and Halloween costume party. A representative for Bon Jovi has since told Variety that he “is fully vaccinated and feeling fine”.

The legendary singer has been a staunch supporter of COVID-19 safety measures. Last April, for example, he debuted ‘Do What You Can’, a fan-assisted song about persevering through lockdowns and industry closures.

Adams was due to appear at last Saturday’s Rock and Roll Hall of Fame induction ceremony, where he would have joined H.E.R. to perform “It’s Only Love” in honor of the newly inducted Tina Turner (with whom Adams duetted on the 1985 hit).

A representative for Adams told Billboard that he is “fully vaccinated and has no symptoms at all”. Australian indie-rocker Keith Urban filled in for Adams during the performance.

Adams had previously ranted about the coronavirus on social media, blaming it on “some fucking bat eating, wet market animal selling, virus making greedy bastards”. The singer-songwriter subsequently apologised for the incident, saying he had intended to speak out about “horrible animal cruelty” and promote veganism.

Last month, Adams announced a UK tour in support of his forthcoming 15th album, ‘So Happy It Hurts’, which is due for release in March. The run will kick off next May, with a total of 20 shows on the itinerary.