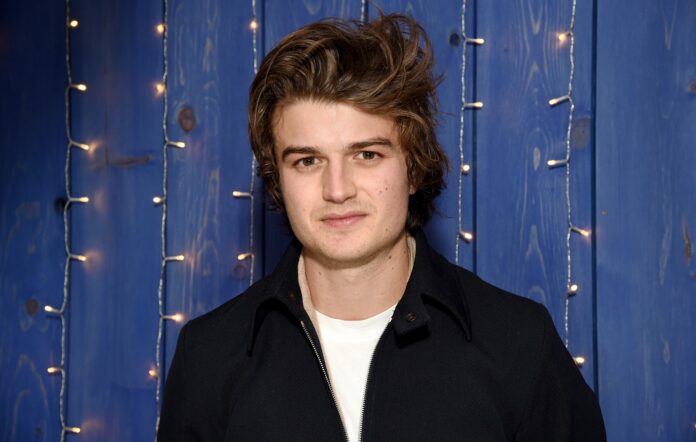 Djo – the solo project of Stranger Things star Joe Keery – has released ‘Change’, the latest single to be lifted from the actor-musician’s upcoming sophomore album.

READ MORE: Joe Keery on ‘Stranger Things’ season four: “The end is in sight for these guys”

The song dropped yesterday (June 22), and marks Djo’s first release since the 2020 track, ‘Keep Your Head Up’. Before that, Djo made its debut with the 2019 album, ‘TWENTY TWENTY’, which followed Keery’s previous run as a member of the since-disbanded group Post Animal.

‘Change’ sees Djo continue the psychedelia of ‘TWENTY TWENTY’ while demonstrating the pop-punk sound of ‘Keep Your Head Up’. Titled ‘Decide’, the forthcoming second album is produced by ‘TWENTY TWENTY’ collaborator Adam Thein, and is set for release on September 16. Listen to ‘Change’ below:

A press statement for ‘Decide’ described the album as “a sort of aural history of Keery’s late 20s… It features reflections on growth, relationships and navigating it all in a world filled with technology at its center.”

“It’s [Djo’s] sonic ambitions, however, that take these introspections and melt them into a warped reality, with each layered synth pulling the listener’s emotional strings,” the statement said.

The release coincides with the recent premiere of Stranger Things’ fourth season, which sees Keery reprise his role as high school graduate Steve Harrington. Alongside Keery, fellow castmate Finn Wolfhard has similarly ventured into music, releasing the 2018 EP ‘Scout’ as part of the now-disbanded group Calpurnia.

In a four-star review of ‘TWENTY TWENTY’, NME’s Rhian Daly said the album proves “that Keery is a musician of very high calibre who shouldn’t need other endeavours to get our attention.”

Meanwhile, Kate Bush’s ‘Running Up That Hill’ continues to enjoy renewed success after featuring in Stranger Things’ latest season. Yesterday (June 22), Bush discussed the 1985 song, which has remained atop the UK singles chart for a second consecutive week, in an interview with BBC Radio 4’s Woman’s Hour.

“I thought that the track would get some attention. But I just never imagined that it would be anything like this…The thought of all these really young people hearing the song for the first time and discovering it is, well, I think it’s very special,” Bush said.