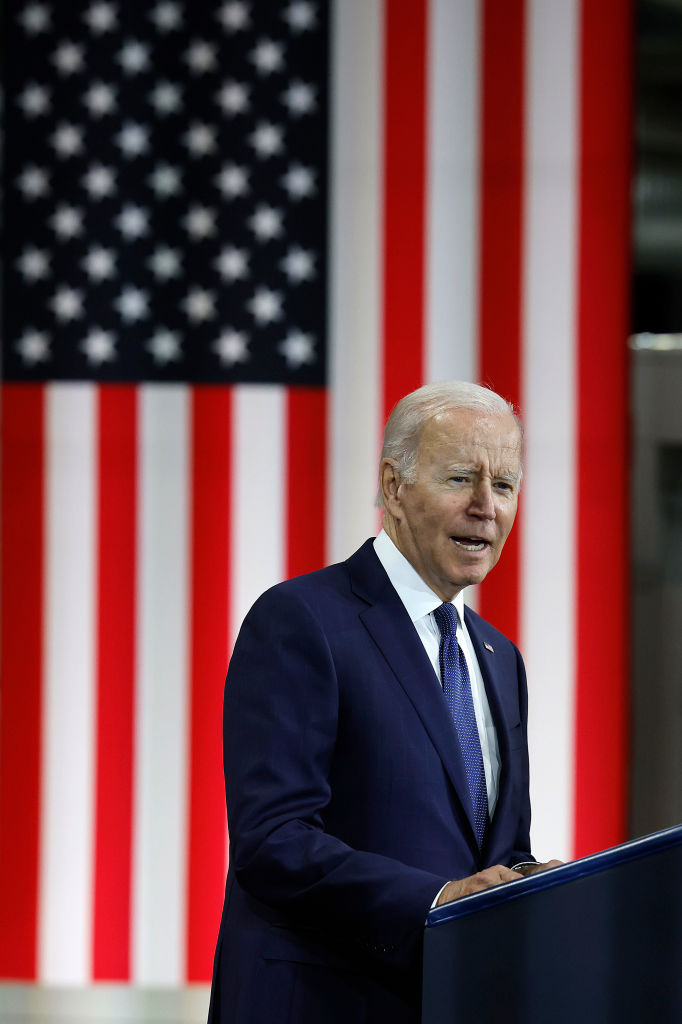 As the war between Russia and Ukraine soldiers on, U.S. President Joe Biden has made an alarming statement to the American people – we’re closer to Armageddon than we have been in decades.

While in New York for a Democratic fundraiser on Thursday (October 6), the politician was open and honest about the impending threat of nuclear war from the Kremlin. “We have not faced the prospect of Armageddon since Kennedy and the Cuban missile crisis,” he stated at the time.

U.S. President Joe Biden delivers remarks after touring Volvo Group Powertrain on October 07, 2022 in Hagerstown, Maryland. Biden’s remarks about the economy highlighted his administration’s efforts on “building the economy from the bottom up and middle out.” According to the company, about 1,700 employees at the Maryland plant develop and manufacture heavy-duty diesel engines, transmissions and axles for Mack Trucks, Volvo trucks and buses and Prevost coaches. (Photo by Chip Somodevilla/Getty Images)

“We’ve got a guy,” Biden told listeners, referring to Russian President Vladimir Putin, “I know fairly well. He’s not joking when he talks about potential use of tactical nuclear weapons.”

As Vox notes, Putin declared several times in September that he would use “all weapon systems available” to his country if “territorial integrity” was violated, adding that he wasn’t bluffing – for anyone who thought he might be.

According to Biden, the Russian military is “you might say, significantly underperforming.”

“For the first time since the Cuban Missile Crisis, we have a direct threat to the use of nuclear weapons, if in fact, things continue down the path they’d been going,” he told fellow Democrats this week.

In lighter news, just a few days ago, POTUS announced his plans to pardon federal marijuana offences for possession, helping to free thousands of non-violent criminals from prison – read more about that here, and tap back in with HNHH later for more news updates.