HomeNewsJermaine Dupri Responds To Claims That He Stole Beats In The 90's:...
News

Jermaine Dupri Responds To Claims That He Stole Beats In The 90’s: “Get The F*** Outta Here With That” 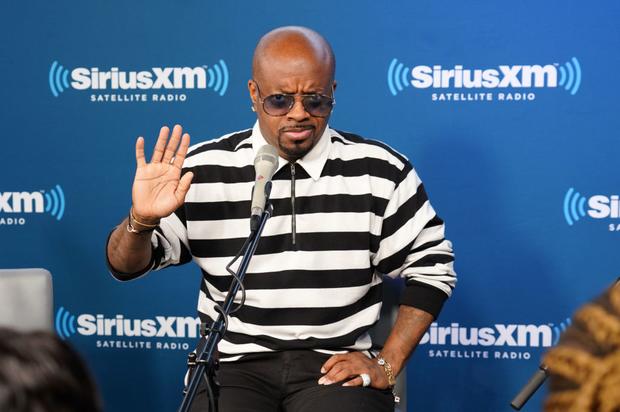 When it comes to defending his catalog and legacy, Jermaine Dupri is never one to back down. Just days after agreeing to partake in a hit for hit “non-Verzuz” battle against P. Diddy, JD took to social media to address claims that he stole beats from another producer back in the 1990’s. In January, producer Self Service stopped by My Expert Opinion podcast, hosted by Math Hoffa, claiming that Dupri, Diddy and Irv Gotti were known for stealing beats and taking credit for other producer’s work. Self shared, “Puff did it, Irv did it and Jermaine Dupri. N*ggas with them names, they were getting beats from other n*ggas. Dre did it.”

On Friday, Jermaine clapped back at Self in an Instagram video, saying, “[Self Service] said that in the ’90s, that it was a going thing for producers with a name to take beats. And he named Irv Gotti, he named Puff Daddy… and then he said my name. Man, get the f*** outta here with that s***.”

Aside from clapping back at critics, JD has been taking to social media to celebrate some of his recent wins in music, including the success of DVSN’s “If I Get Caught” which he produced. He also confirmed his participation in the highly anticipated song battle against P. Diddy during an Instagram Live chat with the Revolt owner. Diddy suggested in the video, “Since we ain’t f*ckin’ around with Verzuz no more since because they f*ckin’ around with our boys, we don’t need to be going against each other. Let’s come together and do that Bad Boy, So So Def in Atlanta… It ain’t no Verzuz, it’s just hit for hit.”

No word on the time and date of the battle, however, after two years of putting it out into the Universe, Dupri was more than happy to agree to Puff’s terms. Will you be watching?