HomeNewsJennifer Lopez announces ‘This Is Me… Now’, her first new album in...
News 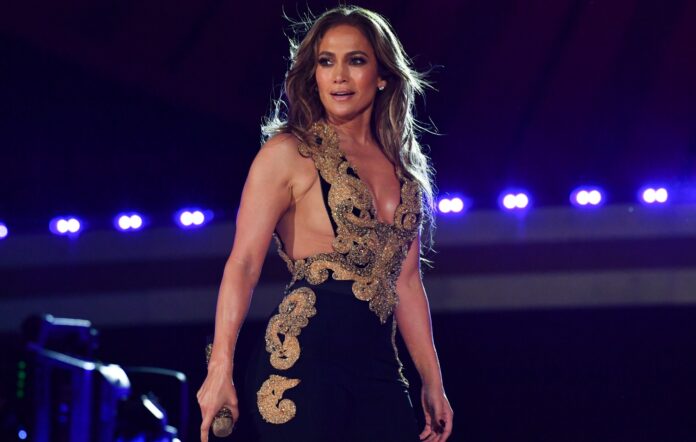 Jennifer Lopez has announced details of her first new album in nine years.

The new album, ‘This Is Me… Now’, is the spiritual successor to Lopez’s third studio LP, ‘This Is Me… Then’ and was announced yesterday (November 25) to mark the 20th anniversary of that album.

In a video announcing the album, a photo of Lopez on the ‘This Is Me… Then’ album cover from 2002, which then morphs into a present day photo assumed to be the cover of ‘This Is Me… Now’.

See that video, alongside the album tracklist, below. The 13-song tracklist features a song titled ‘Dear Ben pt. ll’, presumed to be a callback to ‘This Is Me… Then’ track ‘Dear Ben’, written about her husband Ben Affleck.

A song on the album, ‘Can’t Get Enough’, was performed by Lopez to her husband Affleck at their wedding earlier this year.

The Georgia ceremony came after the pair officially tied the knot at an intimate ceremony in Las Vegas in July. The celebrity couple were first engaged back in 2002 before calling it quits two years later. Rekindling their relationship last year, Lopez, 52, and Affleck, 49, became engaged for a second time less than a year later in April 2022.

This month saw Lopez respond to the criticism that she’s received for taking Ben Affleck‘s last name after their July wedding.

In a recent interview with Vogue the singer and actress explained that she’s proud to be Affleck’s wife and that taking his name was a simple matter of tradition.

“People are still going to call me Jennifer Lopez. But my legal name will be Mrs. Affleck because we’re joined together. We’re husband and wife. I’m proud of that. I don’t think that’s a problem,” Lopez said in response to a New York Times opinion piece in which she was accused of “surrendering to the power of love”.

The post Jennifer Lopez announces ‘This Is Me… Now’, her first new album in nine years appeared first on NME.