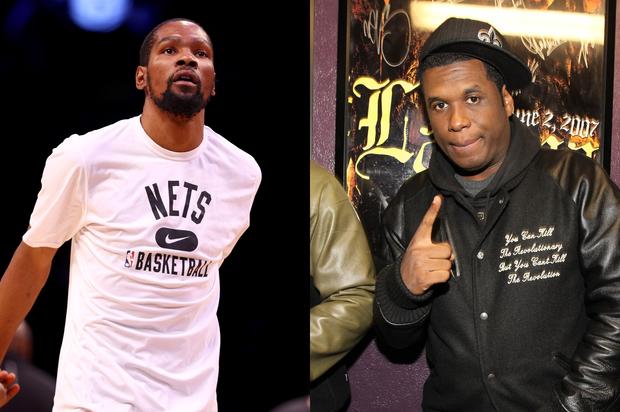 Jay Electronica is one of those artists who has all of the talent in the world but doesn’t exactly use it to drop a lot of music. It took Jay Elec over a decade before he finally dropped his debut album. Of course, that album was 2020’s A Written Testimony which was highly considered to be one of the best hip-hop albums of that year.

It has now been two years since the release of that project, and we have only heard from Jay Elec, sporadically. Recently, however, he had a live stream conversation with none other than Kevin Durant. KD is a huge hip-hop fan, and he made sure to ask the artist if he will be coming out with anything soon.

As you can see in the clip down below, Durant asked Jay Elec if any new music is on the horizon. The artist then went on to say that there is some new music coming and that he is always making new tracks. Jay Elec also revealed that he has given KD a bunch of unreleased tracks, which led to a hilarious exchange.

“We need new music!” KD said which led to Jay replying “I’ve always blessed you anyways. You got songs on my phone that nobody’s never heard. And I appreciate that you never let nobody hear these songs.” KD then told him to chill, which essentially marked the start of a new topic.

It remains to be seen when Jay Elec will release these new songs, so stay tuned to HNHH for all of the latest news and updates.