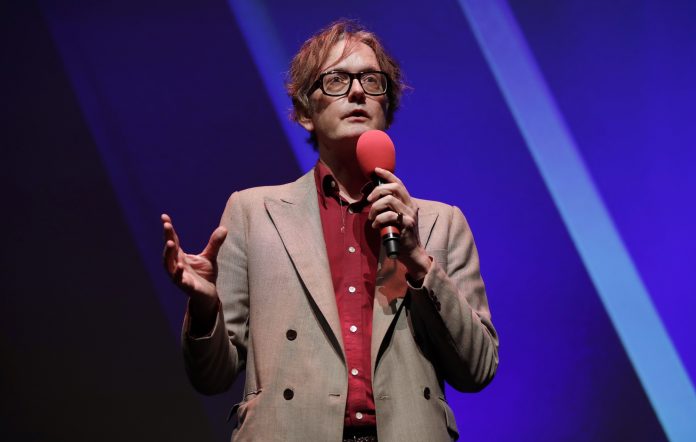 Set to arrive on May 26 through Vintage Publishing, Cocker describes the book as an “inventory”. It’s centred around the former Pulp frontman coming across “a jumble of objects that catalogue his story” while clearing out his loft, with the various ephemera used as a jumping off point to reflect on Cocker’s life and career. Pre-orders are available here.

“From a Gold Star polycotton shirt to a pack of Wrigley’s Extra, from his teenage attempts to write songs to the Sexy Laughs Fantastic Dirty Joke Book, this is the hard evidence of Jarvis’s unique life, Pulp, 20th century pop culture, the good times and the mistakes he’d rather forget,” reads a synopsis for the book.

“And this accumulated debris of a lifetime reveals his creative process – writing and musicianship, performance and ambition, style and stagecraft. This is not a life story. It’s a loft story.”

Earlier this week, Cocker and Riton shard a new collaborative single titled ‘Let’s Stick Around’ marking the end of the COP26 climate change conference, with Cocker describing it as “the world’s first sustainable banger”.