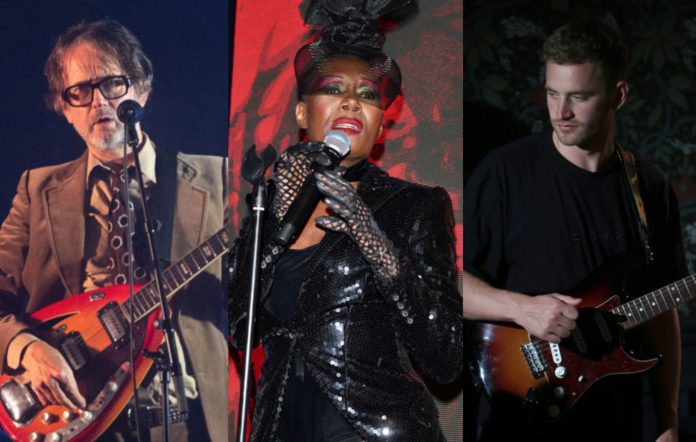 Grace Jones, TLC and Tom Misch are among the first wave of acts announced for the first ever Kite Festival.

READ MORE: Tom Misch and Yussef Dayes – ‘What Kinda Music’ review: probably more fun to make than it is to hear

The multi-day festival is set to take place next year across June 10-12 at Kirtlington Park, Oxford. The event boasts an impressive musical line-up, as well as a number of influential speakers, including authors and activists.

Besides the aforementioned names, other artists on the line-up so far include: Mavis Staples, This Is The Kit, Saint Etienne, Seun Kuti and Egypt 80, Nubiyan Twist, Flamingods, Mermaid Chunky, Baxter Dury, Confidence Man, The Orielles, Gwenno, Katy J Pearson and Fran Lobo.

For more information and to get tickets, visit the festival’s official website.

We are so excited to announce the first wave of artists and speakers for KITE 2022. Join us next June at Kirtlington Park, Oxfordshire. Early bird tickets go on sale Friday at 9am. https://t.co/mcXS8I61SC pic.twitter.com/oeYSFvmEoz

“Ideas and music have always co-existed; they are linked in our history, but, for the most part, there has been a clear dividing line between ideas/literary festivals and music festival,” festival director Ciro Romano said in a statement. “So, we are thrilled to have developed a new greenfield festival that puts music and ideas on an equal footing.”

Romano continued: “At Kite, thinking and dancing can co-exist. Lockdown has clearly not quashed our need to have communal experiences which explore our passions, curiosity, and joy. Kite will engage with the most vital artists, musicians, writers, and public figures in one setting over three days. We couldn’t be more excited and look forward to having you join us at Kirtlington Park next June.”

A representative from Island Records told Pitchfork that they were taken down due to “a rights issue”. The original album covers were created by graphic designer Jean-Paul Goude.