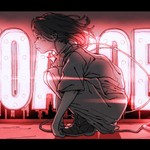 J-pop duo YOASOBI dropped “Blue” — the English-language version of their hit single “Gunjo” — on Friday, along with an accompanying music video.

The breakout pair are also set to release their first collection of the English versions of their J-pop hits called E-SIDE on Nov. 12.

In addition to “Into the Night,” “RGB,” “Monster” and “Blue,” which the group has released in succession since July, the eight-track digital EP will include “Haven’t,” “Comet,” “Encore” and “Tracing a Dream.”

In the past, such stars as Selena Gomez, Billie Eilish, Bad Bunny and more have been featured. YOASOBI is the first Japanese act to star in the series.