HomeNewsJameela Jamil responds to criticism over her contributions to James Blake’s new...
News 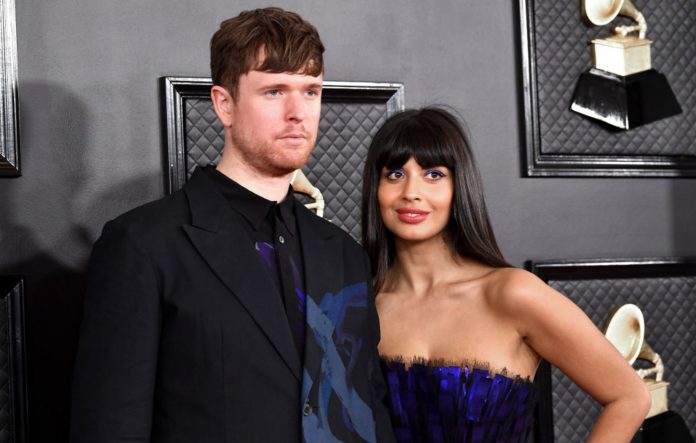 Jameela Jamil has responded to criticism she received after being credited on partner James Blake‘s new album, ‘Friends That Break Your Heart’.

The actor and activist is credited as a producer on nine of the 12 tracks on Blake’s fifth studio album, which was released on Friday (October 8).

Jamil took to Twitter this morning (October 9) to air her frustrations with those who didn’t believe she was actually involved in the album’s production.

“A lot of mostly women insisting I couldn’t possibly have actually worked on my boyfriend’s music, and that he must have just credited me to be nice,” she wrote. “I was a DJ for 8 years, and studied music for 6 years before that. You are part of the problem of why women don’t pursue producing.”

A lot of mostly women insisting I couldn’t possibly have actually worked on my boyfriend’s music, and that he must have just credited me to be nice… I was a DJ for 8 years, and studied music for 6 years before that. You are part of the problem of why women don’t pursue producing

The Good Place star doubled down on her stance, explaining that she had faced similar criticism in the past for her work on previous albums in Blake’s discography.

“Man. James had to fight me to take credit on this album because I was so Preemptively sick of the internet,” she wrote. “An additional hilarious side to this misogyny is that they only don’t believe in my musical input when they love the songs. If they don’t like a song then suddenly I CAN produce and it’s all my fault, and I produced the whole thing alone!”

She continued: “I hope you’re taking credit for your work wherever you are in the world right now. I hope you know that if you’re not being believed over your achievements… that it’s not a reflection of you… it’s a reflection of people who are so underachieving, cowardly and insecure that they can’t fathom that you could be impressive.

“It happens at every level in every industry. Even to me. Even when I don’t credit myself, my boyfriend just quietly credited me. We are in this shit together. Representation matters. It is not our responsibility to be believed, liked, understood or approved of.”

Blake later defended Jamil, sharing her tweet on his Instagram page and thanking her for the work she put into his latest release.

“Fuck yeah. Thankyou for the time you put into this record Jameela. It wouldn’t be half what it is without the insane skill set you brought to it,” she wrote. “Love you and I hope all this serves as an example to Women who are routinely discouraged by eye-rolling wankers that your work is necessary and important.”

He added: “The double standard is so fucking irritating. Why does nobody ask me what the men did on the record did specifically? Because they’re looking for confirmation of their sexism, hoping that indeed Jameela was just a pretty fly on the wall getting the men’s credit just for being a girlfriend. And they can all fuck off.”

The multi-instrumentalist and producer will take to the stage at Pryzm in Kingston Upon Thames on April 28 for Banquet Records.

Posting on social media on Tuesday (October 5), Blake wrote that the announcement comes in celebration of ‘Friends That Break Your Heart’.

The intimate Kingston show will come ahead of Blake’s 2022 UK and European tour, which is scheduled to kick off in Glasgow on April 30. Dates will then follow in Manchester (May 1), Sheffield (May 15) and London (May 17).

The post Jameela Jamil responds to criticism over her contributions to James Blake’s new album appeared first on NME.