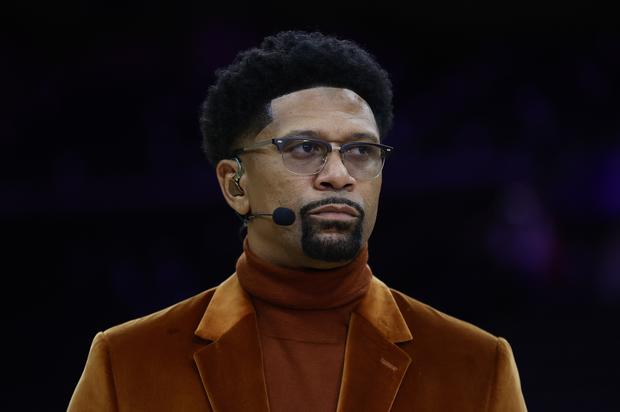 Skip Bayless found himself as the villain on Twitter yesterday as he offered up some criticism for Bronny James Jr. As many of you already know by now, Bronny was playing basketball in France with a club team from California. Bronny was sensational throughout the match and he was able to come through with an impressive dunk that had all of Twitter talking.

Bayless had to rain on his parade, however, and took to Twitter, writing “Hey, Bronny … impressive. But your dad would’ve dunked it left-handed. You sure got away with it, though.”

Yesterday, Bayless was rightly roasted for his Bronny slight, and it made for some great segments on TV. For instance, during ESPN’s show “NBA Today,” Jalen Rose praised Bronny, all while hitting Bayless with a hilarious dig.

For those who may not remember, Rose and Bayless got into it back in the day on First Take. Rose went on to call Skip “Water Pistol Pete Jr.” and even brought up the fact that he only averaged 1.4 points per game in high school. As you can see in the clip below, Rose brought up Skip’s stat line, once again, however, he refrained from using Bayless’ name.

It was a hilarious moment that was certainly needed. After all, hating on a kid is pretty low, even for Skip.