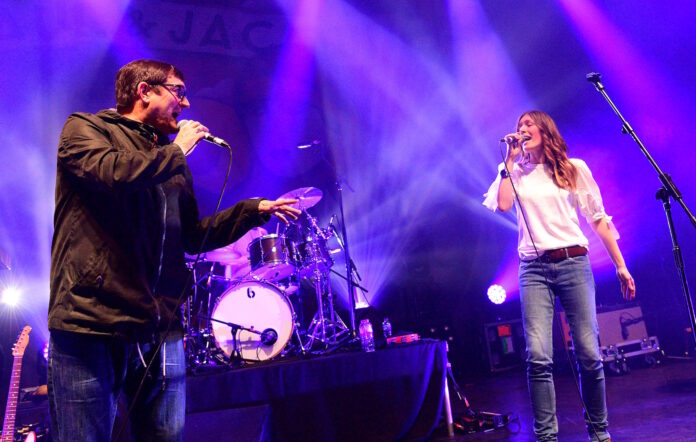 Jacqui Abbott has pulled out of three headline shows with Paul Heaton under doctors’ orders.

The duo, who released their fifth studio album ‘N.K-Pop’ in October, embarked on a UK-wide tour last Saturday (November 26). Heaton and Abbott played the first three nights in Swansea, Llandudno and Blackpool before announcing that the latter would be stepping down temporarily.

READ MORE: Paul Heaton on buying everyone a pint and why “the Royal Family is the one thing worth privatising”

“We’re really sorry to say that following doctors medical advice Jacqui will sadly be unable to perform in Bridlington [December 1], Glasgow [2] and Stockton [3] shows this weekend,” a statement on Heaton’s Twitter page read.

“We look forward to Jacqui rejoining the tour soon and we will keep you up to date with her progress. In the meantime, Paul & the band look forward to putting on a great show for you all tonight and at all the shows this weekend!”

Fans who would prefer not to attend in light of the news can claim a refund at their point of purchase prior to the gig taking place. You can see the message in the below tweet.

In a later post, Heaton said: “For those who choose to retain their tickets for the next three shows, I promise you that myself & the boys will put on a show to remember.

“We’ll sorely miss Jacqui but our intent is to make those who refund their tickets bitterly regret that decision Thanks for your support .”

For those who choose to retain their tickets for the next three shows, I promise you that myself & the boys will put on a show to remember. We’ll sorely miss Jacqui but our intent is to make those who refund their tickets bitterly regret that decision Thanks for your support

You can see the remaining tour dates below, and find any remaining tickets here.

Back in October, Heaton announced that he and Abbott would be capping the price of tickets for their current UK tour at £30 amid the cost of living crisis (via Manchester Evening News).

“It’s really important through the coming months and possibly years that we tell the fans that we’re getting paid enough and we want to keep it low for you,” he told the BBC. “I think people are delighted.

“I’m very much against greed within the industry because I feel as though there is quite a lot. We’re trying to just battle and say look we’ll do it as low as we can. And you know… set a bit of an example.”

Earlier this year, Paul Heaton spoke to NME about how he and Jacqui Abbott had played a number of free concerts for NHS staff as a thank you for their efforts throughout the COVID pandemic.

He also discussed giving away free pints at 60 UK pubs to mark his 60th birthday, and why he thinks the Royal Family should be privatised.

The post Jacqui Abbott pulls out of shows with Paul Heaton due to illness appeared first on NME.