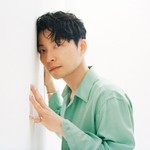 “Cube” is the hitmaker’s latest track being featured as the theme of a Japanese movie by the same name — a modern remake of the 1997 Canadian blockbuster. The music video was helmed by MIKIKO, the choreographer known for her works with Perfume and many of Hoshino’s previous visuals and concert tours. The monochrome “Cube” music video is her directorial debut and features Hoshino and his dancers performing in a huge set as the camera switches between subjective and objective viewpoints. Masaki Suda, the star of the movie, makes a brief appearance in the clip as well.

The making-of video follows Hoshino and his team as they carefully go over the complicated moves of each segment, while also capturing some friendly banter between the two stars as well.