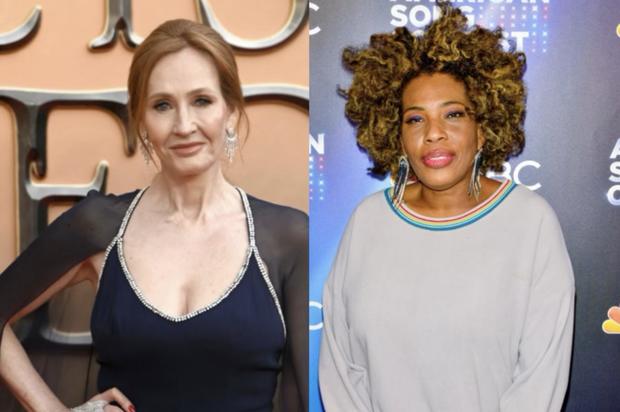 54-year-old Macy Gray is facing some backlash for comments she made on Piers Morgan’s Uncensored talk show last night (July 4), although it seems at least one person is in her corner – disgraced Harry Potter author, J.K. Rowling.

If you didn’t tune into Morgan’s controversial show yesterday, he and the “I Try” hitmaker were discussing transgender women when he said, “[We’re] in an era now basically where most public figures are too terrified to even say what they think a woman is.”

“I know!” Gray said in agreeance, prompting the host to ask her to share her own definition of a female. “I’d say a human being with boobs,” the Ohio native explained. “You have to start there. And a vagina!”

Though her comments have upset many within the LGBTQ+ community, Rowling used her Twitter platform to let the singer-songwriter know that she was in support of what she had to say.

When one critic accused Gray of “[killing] what’s left of [her] career” in her interview with Morgan, she wrote back, “Truth hurts.” The English author screenshotted the exchange and shared it on her own page, writing, “Today feels like a good day to ensure I’ve bought @MacyGraysLife’s entire back catalogue.”

As Metro notes, Hocus Pocus actress Bette Midler also faced backlash for her questionable comments online yesterday. “WOMEN OF THE WORLD!” the 76-year-old wrote. “We are being stripped of our rights over our bodies, our lives and even of our name!”

“They don’t call us ‘women’ anymore; they call us ‘birthing people’ or ‘menstruators’ and even ‘people with vaginas’! Don’t let them erase you! Every human on Earth owes you!” This post was also shown solidarity by Rowling, who retweeted a post about it – check it out below, and tap back in with HNHH later for more pop culture news updates.