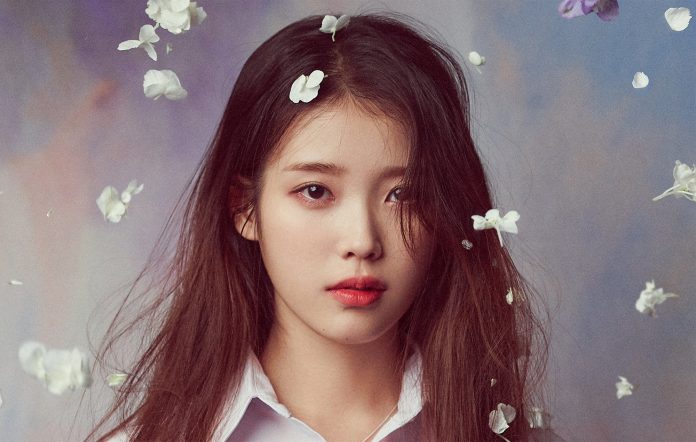 At midnight on October 8 KST, the South Korean musician unveiled a “concept moving teaser” for her forthcoming release. The short video emulates the feel of an old-school newspaper with faux articles about a “strawberry moon” and the different names for the various cycles of full moons. ‘Strawberry Moon’ will be released on October 19 at midnight KST.

Earlier this week on October 4, the singer unveiled a concept teaser for the forthcoming release. The vibrant teaser features the singer holding two ice cream cones while sitting on top of a scoop of strawberry ice cream, surrounded by yellow dandelions with a pink moon in the background.

The concept teaser image comes just days after IU hinted at an upcoming project with a mysterious image. On October 1, the K-pop vocalist had shared a dreamy image of dandelions and a strawberry moon, with the words: “meet again, when strawberry moon comes up”.

Earlier this year, IU made her long-awaited comeback with her fifth studio album ‘LILAC’, which included the lead singles ‘Celebrity’ and ‘Coin’, as well as a title track of the same name. In a four-star review, NME described the singer’s latest full-length effort as “a near-perfect, wide-ranging pop gem from K-pop’s darling”.

Aside from her solo releases, IU also contributed to AKMU’s collaborative album ‘Next Episode’, on the track ‘NAKKA’. She appeared on the LP alongside guests like Zion.T, Crush and Sam Kim.

Last month, IU celebrated the 13th anniversary of her debut by donating ​​₩850million (roughly £523,000) worth of goods and supplies to various charities and organisations. According to her agency EDAM Entertainment, the singer had donated 1,000 pairs of New Balance sneakers and delivered 2,000 boxes of pizzas to children and teenagers living in shelters, and more.