HomeMusicIt’s Time for the Country Music Association to Show Not Tell (Guest...
Music 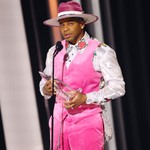 Outside of Nashville, country music has often carried a flurry of connotations that transcend the music itself. Rarely do music listeners carry any underlying vendetta against banjos, folk harmonies, or baritone odes to Ford F150s — most often, listeners, especially Black listeners, are associating the entrenched racism within the country music industry with the genre itself. Since its origin, the country music industry has worked to systematically exclude and dismiss Black country artists from participating in country music; the 2021 Country Music Awards and the Country Music Association (CMA) are living continuations of that tradition.

As one of the central authorizing forces of what is and is not to be accepted in country music, the Country Music Association has effectively contributed to shaping the modern culture of the industry, upholding a tradition of musical separatism, and has a responsibility to make necessary changes for equity. Awards shows act as determinants of the status quo, and with a continuous status of excluding Black artists, careers are stalled and opportunities of all kinds are limited. The Association can follow-through in ending this tradition and adapt their practices that center justice and inclusion in music.

Like most things in American culture, country music actually has strong Black American influences. Instruments such as fiddles and harmonicas can be traced back to Black communities in the antebellum South. Additionally, the banjo, a staple in country music, originated in West Africa. The history of the Black cowboy has effectively served as a staple symbol of the country music industry and culture. However, the genre has been whitewashed and appropriated thanks to gatekeepers like the Country Music Association. Black people have been systematically excluded from country music to the point where they are often berated and persecuted for even participating in the industry.

From experiences with fans to the music labels, Black country artists recount being called racial slurs while signing autographs and turned away by record labels for not having a “place” in predominantly white spaces. Linda Martell, the often forgotten pioneer of country music, was shunned through the 1970s and for the rest of her career by the industry (fans and executive alike) for simply being a Black woman singing in a genre dominated by white artists. Despite major contributions to the origins of country music, the Country Music Hall of Fame, run by the Country Music Association, has inducted only three Black artists since its origin in 1964.  Only one Black artist, Charley Pride, has won the CMA’s Entertainer of the Year award — and that was 50 years ago in 1971.

These issues did not crop up overnight — all are a part of the industry culture that, decade over decade, the Country Music Association affirms by remaining complacent in racial exclusion and tokenism. Expectedly, the history of an intentionally segregated industry has contemporary impacts — out of nearly 200 artists signed to the six largest country labels, only 10 are Black and in this year’s Country Music Awards, a whopping total of three different Black artists were nominated for four total categories out of 12, with Jimmie Allen taking home the prize for best new artist. It made him only the second Black artist to win the honor following Darius Rucker in 2009. History was made this year as Mickey Guyton, Jimmie Allen, and Kane Brown were hosts or co-hosts at three major country awards shows — it only took the movement for racial justice becoming an international and majoritarian issue in the past year for these opportunities to arise. A few nominations or even the occasional win every so often cannot be conflated with the real power needed to invest in real change and begin to shift culture.

The industry will tell you that Black communities are simply not interested in country music, but that simply isn’t true. In order to supersede gatekeepers like the CMA, Black and brown country musicians and fans have found ways to build community, share their experiences trying to break into the country music scene, and promote their music. Platforms such as the Apple Radio show Color Me Country and the Black Opry website spotlight country artists of color and are ready to combat the industry’s persistence in shutting Black artists out of opportunities.There is a greater issue on top of whitewashing and improper attribution.

The Country Music Association has systematically enabled the industry to maintain a culture of racism, harassment, and hostility towards Black musicians and creatives. From institutional support to limited radio play, there is a larger culture where decision makers in Nashville are actively shutting out Black talent from even making it through the boardroom door, let alone to their DEI-sanctioned seat at the table. The CMA has been slow to address the ingrained anti-Blackness and racism in the country music industry because they are complicit in the industry’s preference to prioritize profits no matter the cost to Black artists and communities. Whether it’s encouraging an apolitical “no drama, just music” awards show that tries its hardest to not acknowledge pressing social and political issues or putting on performative public gestures to appease its diversifying base, not enough has been done fundamentally to the Association’s operations that would lead to any concrete change for Black artists.

By refusing to implement recommended changes from Color Of Change to address its racist culture and without concrete next steps of how they plan to rectify their problematic faults on their own, the Association is demonstrating a disturbing commitment to upholding a norm rooted in racial discrimination. In order to understand the extent to which these attitudes and sentiments have impacted the organization’s culture, racial justice organizations and advocates are calling for the Country Music Association to conduct an independent racial equity audit that would provide a comprehensive overhaul of their business operations. As a leading entity in the norms of a great country music culture, this would provide an opportunity to set the precedent for a reformed industry rooted in equitable solutions for all artists.

Restructuring CMA board and nomination eligibility are solutions to allow for a foundational shift in the continued operations of such an organization. This includes removing lifetime positions for board members and establishing no tolerance rules for members who engage in racist, sexist, or discriminatory behavior. These are necessary steps to improve the organization, as well as creating new nomination criteria that do not rely on the often exclusive radio broadcast companies that rarely play Black artists. Finally, implementing an inclusion rider, a commitment to equitable and inclusive production procedures behind the scenes, to all future televised productions is a long-term step to reroot the industry in justice for artists of all backgrounds.Now is the time for a major shift in the culture for the country music industry. As other organizations like the Recording Academy commit to groundbreaking racial justice efforts in adopting inclusion riders, the CMA, too, has the ability to be on the right side of history.

Rashad Robinson is president of Color of Change, an online social justice organization that worked with the Recording Academy on its new inclusion rider for the 2022 Grammy Awards, as well as led action for Sony Music/RCA to drop R. Kelly following his sexual abuse allegations.