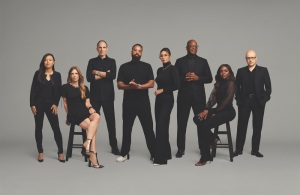 Influence Media has partnered with Warner Music Group and BlackRock Alternative Investors on a deal to fund new music acquisitions and run them through the WMG corporate infrastructure as needed, the companies announced Thursday (Feb. 24).

Under the new deal, WMG and BlackRock will provide funding to buy assets and also participate as investors in the Influence Media’s platform. WMG will also lend support to manage the copyrights as needed from whichever of its companies is best suited for a project, on a deal by deal basis. WMG and BlackRock’s involvement also allows Influence Media to access the particular financial and investment expertise of each of its partners.

WMG and BlackRock are providing the funding for the company’s Influence X Music Fund II. So far, that appears to have raised $270 million in funding from BlackRock, according to a filing with the SEC. It has received an additional $380 million in equity and debt financing commitments from WMG, the Municipal Employees Retirement System of Michigan and other traditional music industry lenders, sources say.

“In partnership with the first-rate teams at Influence Media and BlackRock, these catalogs will be cared for by a supergroup of music lovers,” WMG’s Adeniji said in a statement. “Together, we’ll bring new opportunities to some of the most talented artists and songwriters of this generation.”

Thus far, the deployed funds have been split one-third in buying master recording income streams and copyrights, and two-thirds in music publishing copyrights, according to sources. Most of Influence Media’s deals also leave the artist and/or songwriter with an ownership stake in the acquired asset so that they can participate in any upside generated by the company’s management of the assets, sources say.

“We are excited to be a part of this programmatic venture alongside Influence Media and Warner Music Group,” added BlackRock’s Chan. “Building on our experience investing in music since 2015, this investment gives our clients access to an emerging asset class with potential for meaningful income and uncorrelated returns, while aligning with our priority to invest in diverse and female-owned businesses.”

While Influence Media has become a bigger player in the past year, the company was founded in 2017-2018 with bridge financing from Morgan Stanley that it used to acquire a pool of music assets from Jeff Bhasker, Shane McAnally and Ben Rector. It sold those rights to Tempo Music in 2019. In 2021, Influence Media’s Fund I launched with $100 million backing from the Municipal Employees’ Retirement System of Michigan to buy select copyrights from the catalogs of songwriter Ali Tamposi (Kelly Clarkson, Camila Cabello) and Grammy-nominated singer/songwriter Julia Michaels (“Issues,” Justin Bieber). The company says it plans to scale its investment in female creators, providing them with unprecedented access to capital and licensing opportunities, as well as to expand into new categories like music entrepreneurs.

“To paraphrase what my favorite music entrepreneur Beyonce famously said, not enough women of color have had a seat at the table in the music industry, so we went ahead and chopped down the wood to build our own table,” Influence Media’s Pizarro McLean said in a statement. “We’ve built a brilliant, savvy, and diverse team that’s also nimble enough to move at the speed of culture, and we couldn’t be prouder to be in business with best-in-class partners like BlackRock and Warner Music Group. Our initial investments in modern evergreens represent a new generation of iconoclasts in music, both commercially and artistically.”