HomeNewsIndependent artists and labels say Brexit has had “outrageous” impact in shipping...
News 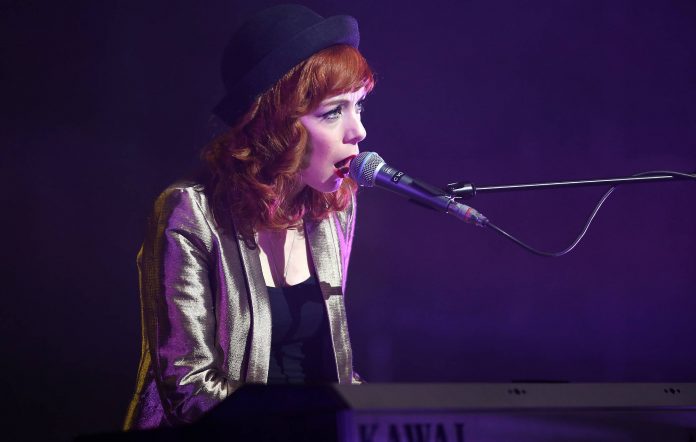 UK independent artists and labels have spoken of the “outrageous” impact and “spiralling costs” of sending music and merchandise to Europe in the wake of Brexit.

READ MORE: “It’s going to be devastating” – here’s how Brexit will screw over British touring artists

While so much has been said and written about the “devastating” result of the UK’s musicians and road crew being dealt a “no deal” when it comes to touring Europe in the new Brexit landscape – as well as ongoing criticism of government inaction – a number of post-Brexit factors and regulations have also led to a great deal of money being lost from independent artists and labels who have struggled in getting records and other products to their fans on the continent.

A lot of products are being held up in customs and returned, that’s if European customers have gone as far to even order them due to a dramatic increase in postage prices.

Catherine Anne Davies, aka The Anchoress, released her second album ‘The Art Of Losing’ to great critical acclaim on Kscope records back in March of this year before being nominated for the Welsh Music Prize. However, Davies said that she saw “an immediate impact with Brexit” when the record was released.

“We got lots of reports of fans in Europe whose pre-orders of an ‘Amazon exclusive’ vinyl version of ‘The Art Of Losing’ got cancelled and we never really got a straight answer as to why it was,” she told NME. “It seemed like Amazon weren’t even sure what the new rules would be, so didn’t want to take the chance with orders being returned.”

She continued: “Since then, it’s been a sorry tale of merch held up in customs – most recently an order from my Bandcamp store took two months to get to Ireland. Similar tales for the rest of Europe as even low-value items are held up in the post. Things have been made slightly easier of late as Bandcamp has introduced charging VAT and tax at the point of sale for European customers.

“While this might take the guessing game out of how much an item will end up costing them, I also see that orders to Europe have plummeted in terms of numbers of sales. The extra import charges are just too high for most people.”

Davies also said that she’d experienced a six-week delay on getting CDs made of a collaboration with prog band The Helicopter Of The Holy Ghost as the packaging was made in Europe and “got stuck in customs for absolutely ages”. Besides the ongoing delays in getting vinyl made, lead times on making CDs can even be two months or more as many are made in the EU.

“It’s utter chaos out there and unless you are a major label with guaranteed allocation at any of the pressing plants or manufacturers, it’s causing huge delays to independent releases,” she added.

Meanwhile, Jack Clothier from Alcopop! Records (home of  TIGERCUB, Art Brut, BO NINGEN, DZ Deathrays, False Advertising, Pulled Apart By Horses, and many more) said that it was “difficult to entirely separate Brexit from COVID issues” when it came to many matters having an impact shipping products to Europe, but that issues relating to “outrageous” postage prices and delays were “Brexit through and through”.

“Postage prices have gone through the roof,” said Clothier. “Two years ago, we used to be able to ship vinyl to Germany for around £6, but now it’s now double that or more.”

He continued: “Couriers from Czech Republic (where the majority of indie vinyl is pressed) are only spiralling. Brexit. COVID. Both? It’s all sending it through the roof. One vinyl manufacturer is now even telling their clients that they have to allow scope for the cost of production to go up over the next six months, as we don’t know how fucked up the world will be by then.

“Imagine that email: ‘Sorry Jack, that vinyl you ordered six months ago is going up by £400 because Boris has nuked our one remaining link with Europe. You can cancel it and go somewhere else, but that’ll add another half a year onto your album campaign’. You’re stuck aren’t you?”

He added: “When you’re working on razor-thin margins in an indie label anyway, you start adding all those expenses on and you suddenly go from a razor-thin profit to a pretty chunky loss.”

Clothier explained how Brexit had not only meant there were now duty costs, additional admin and paperwork for confirming the source of records and filling out the relevant trade tariff HS coding, making it “kind of untenable to ship records to Europe”. Not only that, but the new issues in shipping post-Brexit had meant that “so much stuff is being lost or returned”.

As a result of the extra costs and manpower due to operating with small teams, Clothier explained how Brexit had led to “direct losses in sales” and less time spent on creative development with talent so they could instead tend to delivery work and reposting items.

“I went to the post office the other day to send three vinyl to Germany for £40,” he said. “It’s those things that are costing me time and effort on a day-to-day basis. We have this mad situation where we work with a Derry band, where I have to post stuff to his manager in Belfast who can then pop over the border and post it from there so we can bring the costs down. It’s made life a hell of a lot more difficult for us.

“We use a distributor who understands all of this a lot more, but when I’m shipping stuff personally, the amount of stuff that’s returned is just crazy. We spoke to the Post Office people the other day and they just said that Europe don’t like us anymore after Brexit, so even the tiniest thing or mistake will lead to stuff being sent back.”

The label-runner went on to explain how he believed it would be up to private companies to solve matters, repeating the notion that the government had treated the £5.2billion music industry like “an afterthought” in comparison to the £1.2billion fishing industry.

“I have little faith in the government as they had years of failing to plan for this and we’ve been left to pick up the pieces,” he admitted. “I think capitalism will drive change when bigger markets demand it.

“For us and our bands, it’s been tricky. We now have very difficult cash flow problems in terms of vinyl not arriving until however many months after we’re pressing it. It’s been private companies like Shopify and Bandcamp that have been reaching out to help labels musicians, rather than the government.”

This comes as a global crisis and backlog is seeing some labels and artists unable to get vinyl records pressed until 2023 at the earliest.

The post-Brexit touring fiasco meanwhile rumbles on, after a number of leading organisations in the music industry penned an open letter to the UK government criticising “misleading” new claims about the status of the situation for artists and crew.

Last month, a number of figures from the music industry spoke to NME about how new visa rules, as well as prohibitive costs and admin rules, meant that many UK artists could no longer afford to tour in Spain in particular – cutting off one of the biggest markets for UK talent.

The Anchoress will be heading out on a UK headline tour next spring.

The post Independent artists and labels say Brexit has had “outrageous” impact in shipping music and merch to and from Europe appeared first on NME.