HomeNewsIme Udoka Reportedly Might Not Coach The Celtics Next Year
News

Ime Udoka Reportedly Might Not Coach The Celtics Next Year 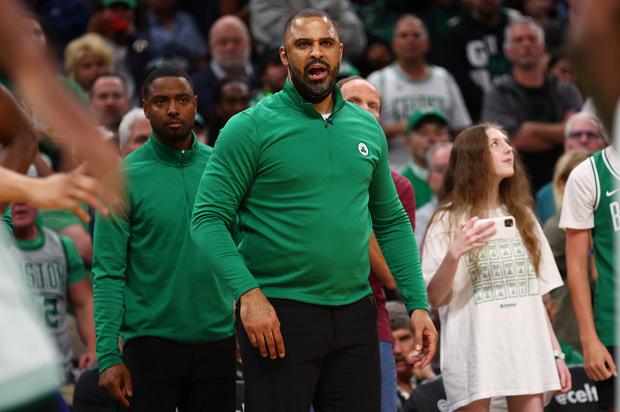 Ime Udoka has been suspended one full year by the Boston Celtics as he was in violation of the team’s professional conduct policy. Udoka reportedly had an affair with a Celtics staffer, which is against the rules. Initially, it was reported that the relationship was consensual, however, he eventually made “unwanted comments” toward her which then led to an investigation by the team.

This is a very serious story and Udoka’s future as head coach is in jeopardy. While Udoka is supposed to get his job back next year, it is now being reported by Adrian Wojnarowski that the Celtics never gave him that guarantee. Having said that, there is still a chance that the coach gets fired.

“Ime Udoka was not given any assurance that he would ever coach the Celtics again, but what it does open up the door for, and certainly in talking to some other organizations today, he may become a candidate or a coach of interest for other jobs that might open or might become open during the season or certainly next season.”

Udoka has proven himself to be a very solid head coach, which means plenty of teams out there will want him. The Celtics could still keep Udoka, although given what has transpired, that may be very tough.