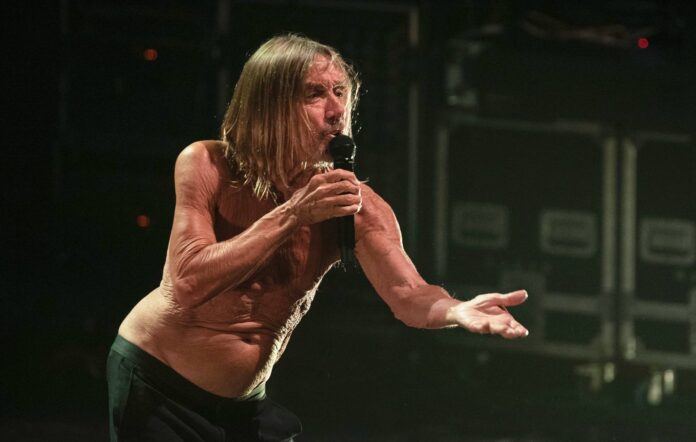 Iggy Pop has announced plans to release a 10th anniversary edition of his 2012 album ‘Aprés’.

The covers record featured renditions of tracks by the likes of Frank Sinatra, The Beatles, Yoko Ono and Edith Piaf as well as a number of French songs.

Now, the rock legend is releasing a special reissue of the album as part of Record Store Day’s Black Friday on November 25. You can pre-order/pre-save the record here.

The release will feature new cover art, a poster and a never-before-released bonus track.

If you were wondering what happened to #Aprés, we have good news for you. We are celebrating its #anniversary with a special edition album that will come out on @recordstoreday in #November #iggypop #crooner Preorder: https://t.co/W4pRsiemj0 pic.twitter.com/leHv5tyAtX

Pop said of ‘Apres’ when it was first released: “All popular music forms of today get their strength from the beat. Rap, hip-hop, metal, pop, and rock producers will tell you that the beats they use imitate the human heartbeat and that is where the power lies. I’ve always loved this other feeling, one that is intimate, sometimes a little sad, and does not try to beat me on the head.”

He continued: “I wanted to sing some of these songs myself, hoping to bring the feeling I felt as a listener to my listeners through my voice. Many of these songs are in French, probably because it is French culture which has most stubbornly resisted the mortal attacks of the Anglo-American music machine.”

Meanwhile, Pop last month released an EP with Belgian composer and multi-instrumentalist Catherine Graindorge. ‘The Dictator’ came to fruition after Graindorge sent off a speculative email to the rock legend.