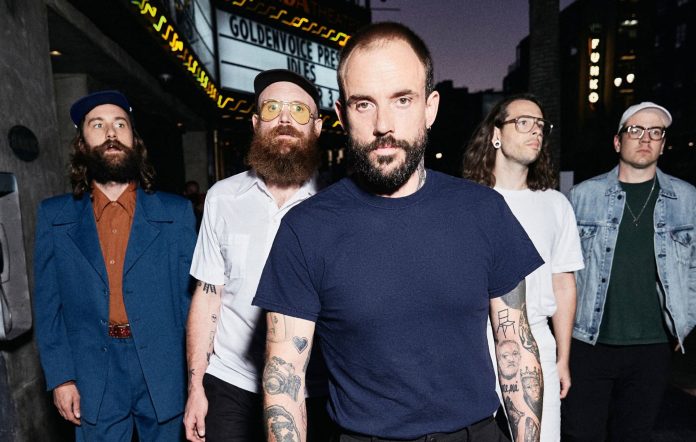 READ MORE: IDLES: “I wanted to be more than what we were becoming”

The single, which featured on their 2020 album ‘Ultra Mono‘, makes scathing comments against small-town mindsets.

Now speaking in this week’s NME Big Read, Talbot explained why the band won’t be playing the track again.

“I don’t want to perform ‘Model Village’ live, because I’m not in that place any more,” he said. “I’m not defensive, I’m not angry. I’m not scared anymore, and I was when I wrote that album. There was so much going on around me and I was losing control of our narrative. Instead of being mindful and holding myself accountable, I was fighting.”

“We have taken control of that narrative with ‘CRAWLER’,” Talbot added. “I was in therapy for two years, and it made me realise that I was angry at the wrong people. The critics weren’t the ones that were wrong – I was. It’s beautiful, because now I can see ‘Ultra Mono’ for what it is – an amazing live album, with a few songs where I was really lost.”

The band recently made their debut appearance on US TV to perform ‘The Beachland Ballroom’ from their new album ‘CRAWLER‘.

Talbot previously said that ‘The Beachland Ballroom’ – named after the iconic Ohio venue – was the “most important song” on the group’s fourth record.

“There’s so many bands that go through the small rooms and dream of making it into the big rooms,” he continued. “Being able to write a soul tune like this made me go, fuck – we’re at a place where we’re actually allowed to go to these big rooms and be creative and not just go through the motions and really appreciate what we’ve got.”

The album received four stars from NME and was described as “a risk-taking leap forwards”.

IDLES will showcase ‘CRAWLER’ during a sold-out UK and Ireland tour in 2022. The run of gigs includes a four-night billing at the O2 Academy Brixton in London (January 16-19).

It was announced last month that the band will open for The Strokes at their New Year’s Eve concert in New York.